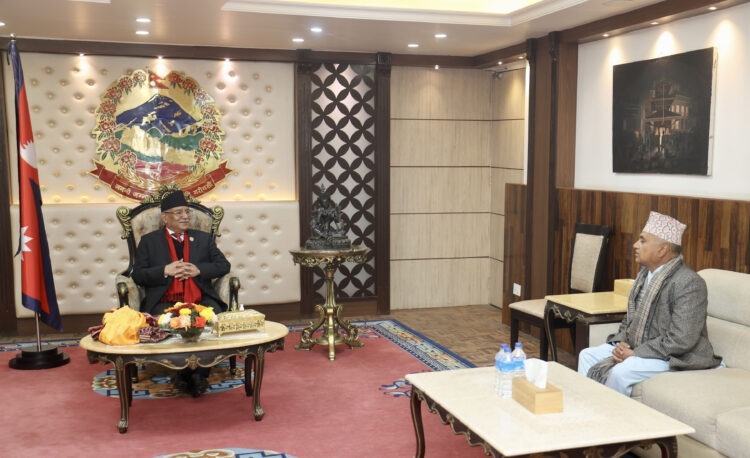 During the meeting, discussions were held on expansion of the Gandaki Province government and contemporary political topics.

The Chief Minister is preparing to expand the provincial Cabinet. Before this, Lumbini Province Chief Amik Sherchan called on Prime Minister Dahal today.

On the occasion, Province Chief Sherchan congratulated Dahal who has started his third stint as the Prime Minister, the PM’s Secretariat said.