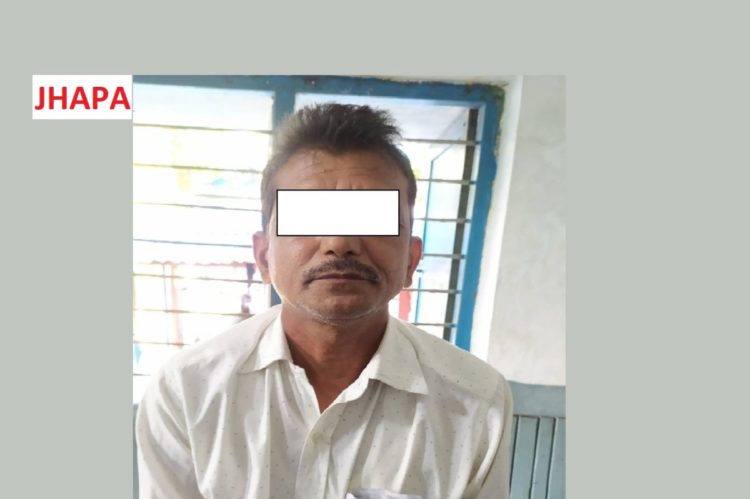 Jhapa, Oct.27: A fugitive accused of banking offence who was sentenced to two months imprisonment and a fine of Rs 1 crore 15 lakhs by a court has been arrested today after a year.

According to Rakesh Thapa, Information Officer of District Police Office, Jhapa, a bench of the High Court, Biratnagar, had sentenced Rajendra Prasad Prasai, 55, a resident of Kankai Municipality-3, to one month imprisonment and RS 25 lakhs fine.

On the basis of the complaint filed by Surendra Kumar Upreti in the name of Prasai, the same court had sentenced him to one month imprisonment and Rs 90 lakhs fine. In total he was fined Rs 1 crore 15 lakhs.

Spokesperson Thapa said that further legal action would be taken against the accused after the opening of the office. A team from the Jhapa District Police Office arrested the accused from his own village, Thapa said.

(Translated and edited via Nepali feed of RSS)