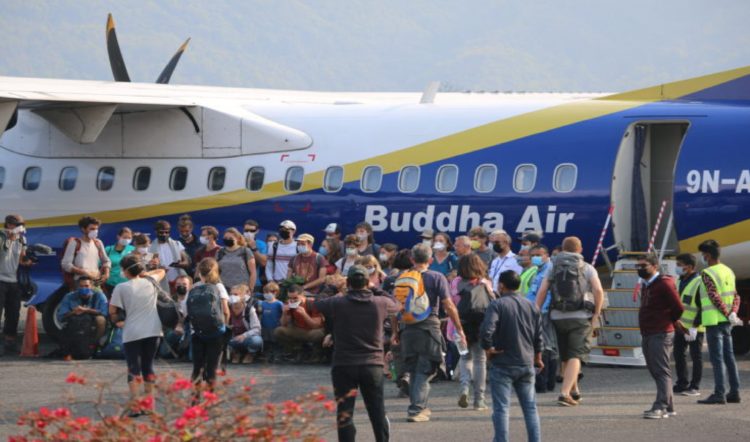 Pokhara, March 26: French embassy has airlifted it’s 59 citizens from Pokhara by chartering Buddha air.  They were stuck in Annapurna trekking area and were rescued by District Adminstration Office (DAO), Mustang. The embassy had also informed it’s citizen from different media to gather in airport. Among the rescuee, 34 are males. 24 females and 1 child. Meanwhile one French woman has been missed in Pokhara.