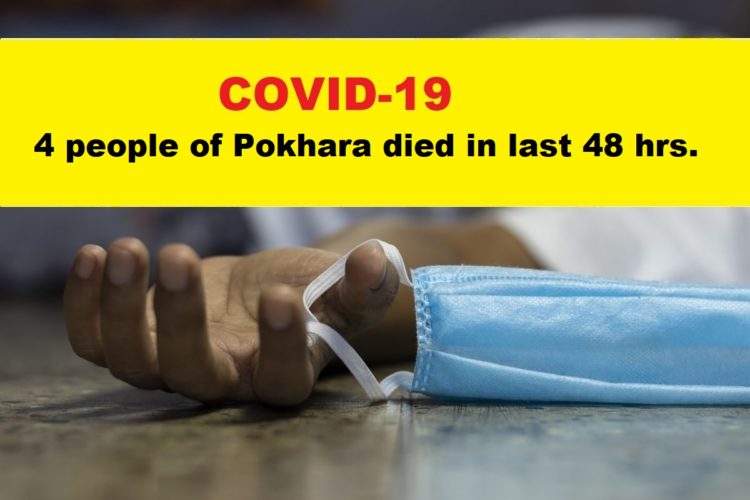 Pokhara, Oct. 25: Four people of Pokhara have died of COVID-19 in various hospitals of  Pokhara in past 48 hrs. With them the number of deaths in the Gandaki State has reached 63.