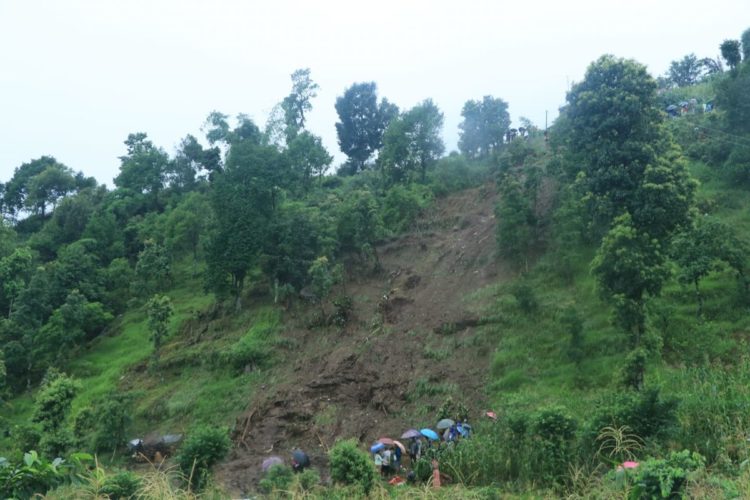 Three people lost their lives when the landslide buried the house of Tanka Bahadur Thapa at Pokhara metropolis-18, Sarangkot, Gotahdi at around 2.45 this morning.

Other six people injured in the incident were rescued and taken to Manipal Teaching Hospital and Paschimanchal Hospital for treatment, shared spokesperson of the Kaski District Police Office DSP Subas Hamal.

As Thapa family was set to mark a birthday celebration on Thursday, it was not ascertained who were there inside the landslide-hit house, DSP Hamal added. Police and locals had joined hands to rescue the injured from the landslide debris.

The incident occurred when the landslide buried the house of her son Ramchandra Adhikari. Though no other human casualties were reported in the incident, three goats were buried in the debris, it was informed.

In addition, a landslide fallen from beyond the house of Chandra Bahadur Magar of Pokhara-28, Chhorpatan Simaltunda injured Magar and his wife Shanti and son Sushan.

The injured now are receiving treatment at Namaste Hospital.

In yet another incident, the swollen Seti River has inundated landless squatters’ settlement at Ramghat in Pokhara. The local residents were shifted to the safer places to avoid any loss of human lives, police informed.