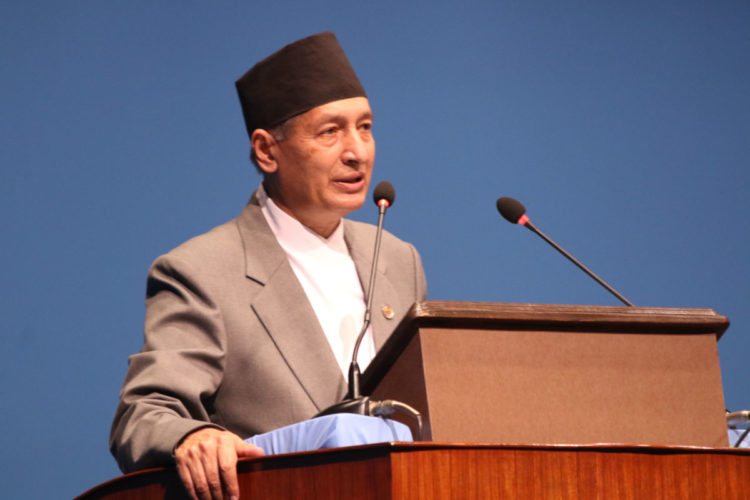 File photo of former Finance Minister Yubraj Khatiwada who has been proposed for ambassador for America. RSS

Kathmandu, Oct.19: Four complaints have been registered against the proposed Nepali ambassadors to the USA and the UK. The complaints were registered at the Parliamentary Hearing Committee.

The meeting had also recommended Nirmal Kumar BK as the ambassador to South Africa.
The parliamentary committee had called for the complaints, if any, from public against them if they were not fit for the appointment within 10 days.

According to committee President Laxman Lal Karna, a notice to this end would be issued on Monday as details and contact number of the complainants was not received along with the complaints.
The committee has called its meeting on November 2 to discuss the complaints.