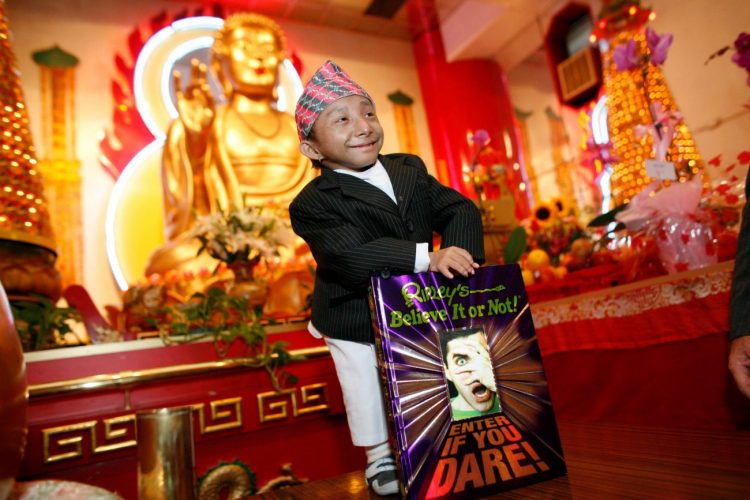 Pokhara, Jan 17: Once a world’s shortest record holder, Khagendra Thapa Magar has passed away in Pokhara. He was admitted in Manipal teaching hospital after having health problem.

The hospital source said that he died of pneumonia.  Formerly the shortest man in the world, Khagendra took the title of shortest man from Edward Nino Hernandez when he turned 18 on 14 October 2010.