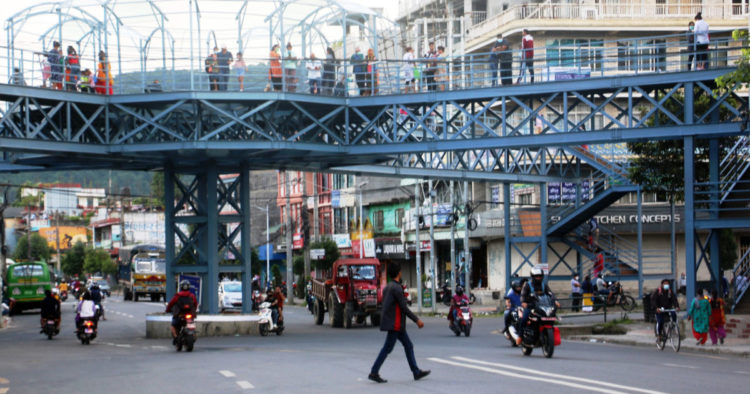 Pokhara: An overhead bridge, the reportedly first one of its kind in the tourist city, Pokhara, has come into operation.

The bridge, which is located at Sirjana Chowk, has been constructed at the cost of Rs 21.5 million provided by the Pokhara Metropolitan City.

Late member of the House of Representatives Rabindra Adhikari released Rs 5 million for the project when he was Minister for Tourism and Civil Aviation.

“The bridge is the first of its kind in Pokhara. All construction work has been complete except its daubing and installing a glass roof,” said project engineer Raju Regmi.