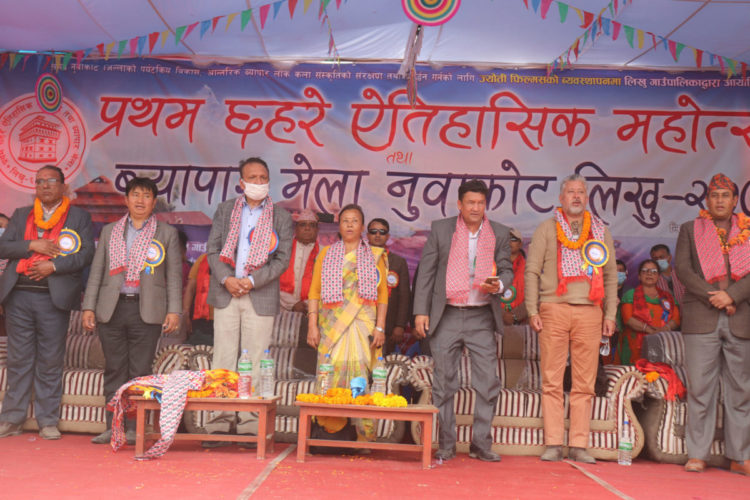 Nuwakot, Feb 27 : The first Chhahare (Likhu) festival and trade fair kicked off here Friday. The festival has been organized to make publicity of the places with religious, historic, and cultural values in Nuwakot and Rasuwa districts.

It is believed that the festival would help in economic gains at local levels.

Similarly, lawmaker Bahadur Singh Lama viewed the festival could be a good occasion to whet debate on development activities as construction of mid-hill highway, road link from Chhahare bazaar to Kathmandu Valley and protection and promotion of cultural heritages.

The co-organizer of the festival informed that Rs 4.8 million would be spent on running the festival and fair.

Likhu Rural Municipality Chairperson Dhruba Shrestha said the festival and fair had stressed the promotion of tourism and trade, and conservation of culture.

The event to be conducted at Kumalthanti of Likhu Rural Municipality-6 runs for eight days. Even the adventurous sport as paragliding has been managed in the festival.