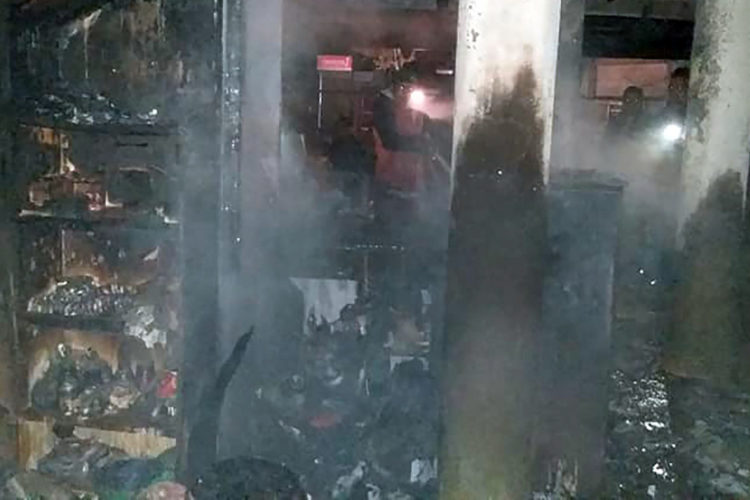 Tanahu, March 2 : Properties worth Rs 4 million gutted in a fire that broke out in Hotel Sa:Sa Inn at Vyas Municipality in Tanahun district at 2:00 am this morning.

The District Police Office, Tanahun, said that the fire occurred after an explosion in a power transmitter near the hotel following the power leakage.

The fire was taken under control after some times with the help of fire brigade, security personnel and local people, Deputy Superintendent of Police (DSP) Yubraj Timilsina.

DSP Timilsina said that the reception lounge of the hotel was fully damaged in the fire. Some guests from the hotel were rescued after the fire. No human casualty was reported in the incident.