Family of three and their dog found dead in Bhaktapur

Family of three and their dog found dead in Bhaktapur 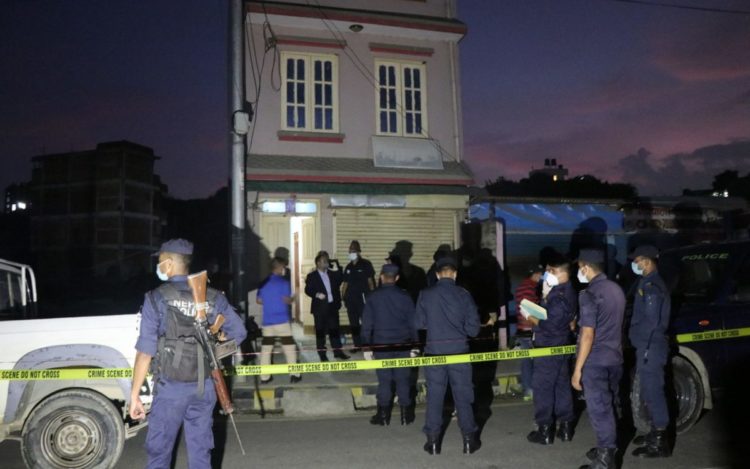 Bhaktapur, Sept.11:   The bodies of 3 members of same family and their dog has been discovered from four storey house in Nikosera of Thimi municipality of Bhaktapur district.

The dead bodies 3 people and dog were found in different storey of the house.

According to the police, body of Sudeep Adhikari (36) was found in fourth floor nearby the corridor to roof top.

Similarly body of his wife, Samjhana Adhikari (34) was found in bedroom of second floor.

Meanwhile, body of their son Sushant (15) was found in bedroom of third floor.

Dead body of dog was found outside the second floor in veranda.

Their bodies were first seen by Sunil, the brother of Sudeep at 4 pm. According to him, all the doors were open when he reached the home.

According to their neighbour, Laxmi Lama, they have the grocery shop in ground floor and was closed since last 3 days.

Police have started the investigation starting from 8 pm.

Senior Superintendent of Police (SSP), Deepak Thapa said that cuts or wounds are not seen in any body.

(Translated in English from Nepali feed of RSS)