Effect of Corona: Dream of youths to work in Korea went in vain

Effect of Corona: Dream of youths to work in Korea went in vain 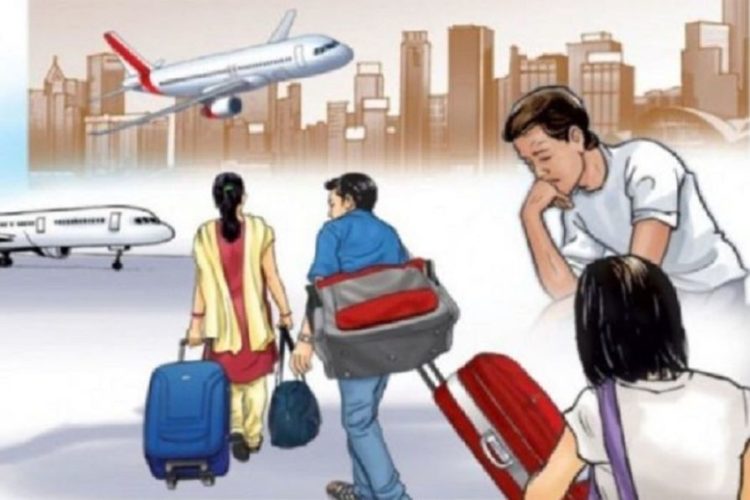 Dhan Bdr Gurung, Feb 23 : Samir Manandhar who hails from Syangja was determined to go  Korea after finishing class 12 exam, is now frustrated. Samir was preparing for the Korean language test in a rented room in Bagar, Pokhara.

Samir, who wanted to work in Korea after completing class 12, did not want to study for a bachelor’s degree and enrolled in a Korean language preparation class in last year’s November. He kept studying after he heard that EPS exam will be held in June.

There were rumors of filling up the form in the last week of April. He was sure that he would be able to pass the exam because of his good education. Until the first week of April, he was happy. Suddenly, the Corona epidemic started and his dream to work in Korea went in vain as government announced a lockdown on March 24.

After that, he locked his room and returned to Syangja carrying the book given for the exam preparation. He did not stop reading even after going home. “I spent so much time flipping through the pages of the calendar, but the exam time was never announced,” he said.

After celebrating Dashai  and Tihar in the village, he was called by language teaching institution and then returned to Pokhara. Even now, he hopes to have an exam one day. But for how many days he can survive in the expensive city without work and income? Now he is tired of living in Pokhara.

Thousands of young people, like Samir, who dreamt of going to Korea are confused because  exam date has not been announced. Due to Corona, the language test could not be held in the previous year.

Some of those who have passed exam since 2017 have not been able to go to Korea. According to the EPS Korea branch, there are still about 15,000 people left to go to Korea, including 10,000 who passed the exam.

According to the EPS branch, no written information has been received from Korea so far, even though it has been said that those who have not been able to go even after getting a labor permit will be called at the beginning of the new year.

The Korean government is still keeping Nepal at high risk of corona.