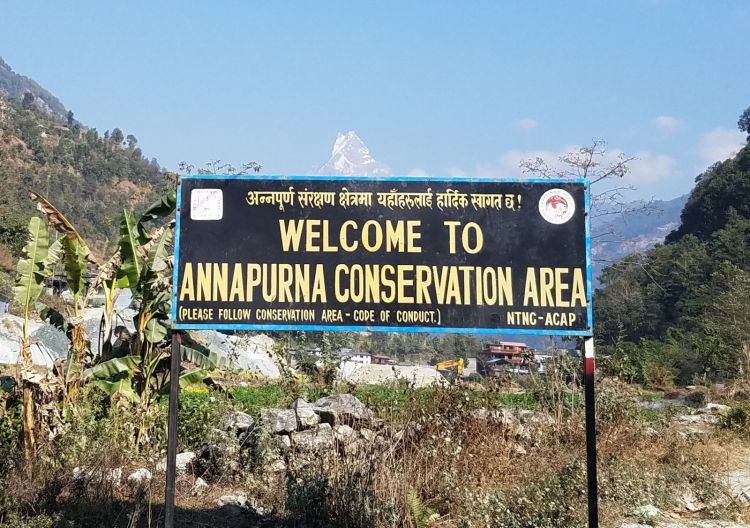 Pokhara, Jan 22: The duration of Annapurna Conservation Area Project (ACAP) has expired on January 16. The Gandaki Province government has again urged the federal government to bring ACAP from National Nature Conservation Fund under the control of provincial government.

Despite the protests of the local and state governments, the central government had extended the term of the ACAP for one year only last January.

At any cost province is in mood to take ACAP under its control. “The ACAP will be led by the state government”, said  the Minister for Physical Infrastructure Development and spokesperson Ram Sharan Basnet. The deadline should not be extended now. ‘

He said that the cabinet meeting had demanded the federal government to bring ACAP under its control. According to the concept of ‘community based protection’, ACAP was started in 1986 from Ghandruk in Kaski. It is spread over the then 57 VDCs , now under 16 Rural  Municipalities of 6 districts.

All the local levels are trying to bring ACAP under their control. There have been several squabbles between ACAP and the local government.