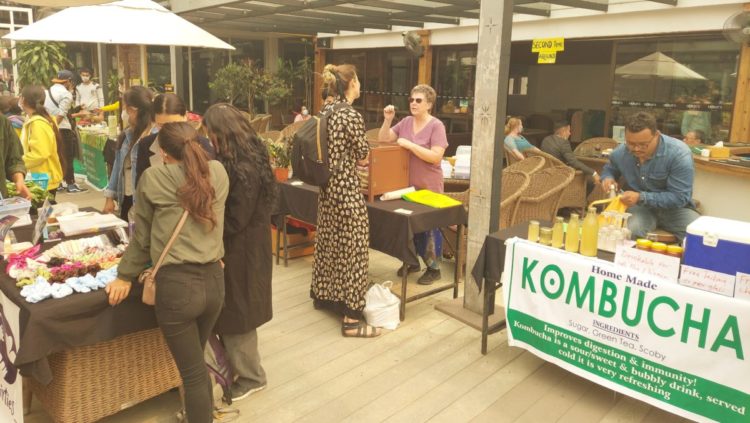 Pokhara, April 5 : On one table, the pickle cans are arranged in layer while in another table, cactus and other plants are being displayed.

There are bakery items like chocolate brownie, multigrain bread along with nuts such as walnut, cashew nuts and freshly picked cabbages and tomatoes too. These are the scene of the Dorje’s Bar & Grill Restaurant in the Lakeside Central Building at Hallanchowk, where a fortnightly market ‘Dorje’s Farmers’ Market’ is held. 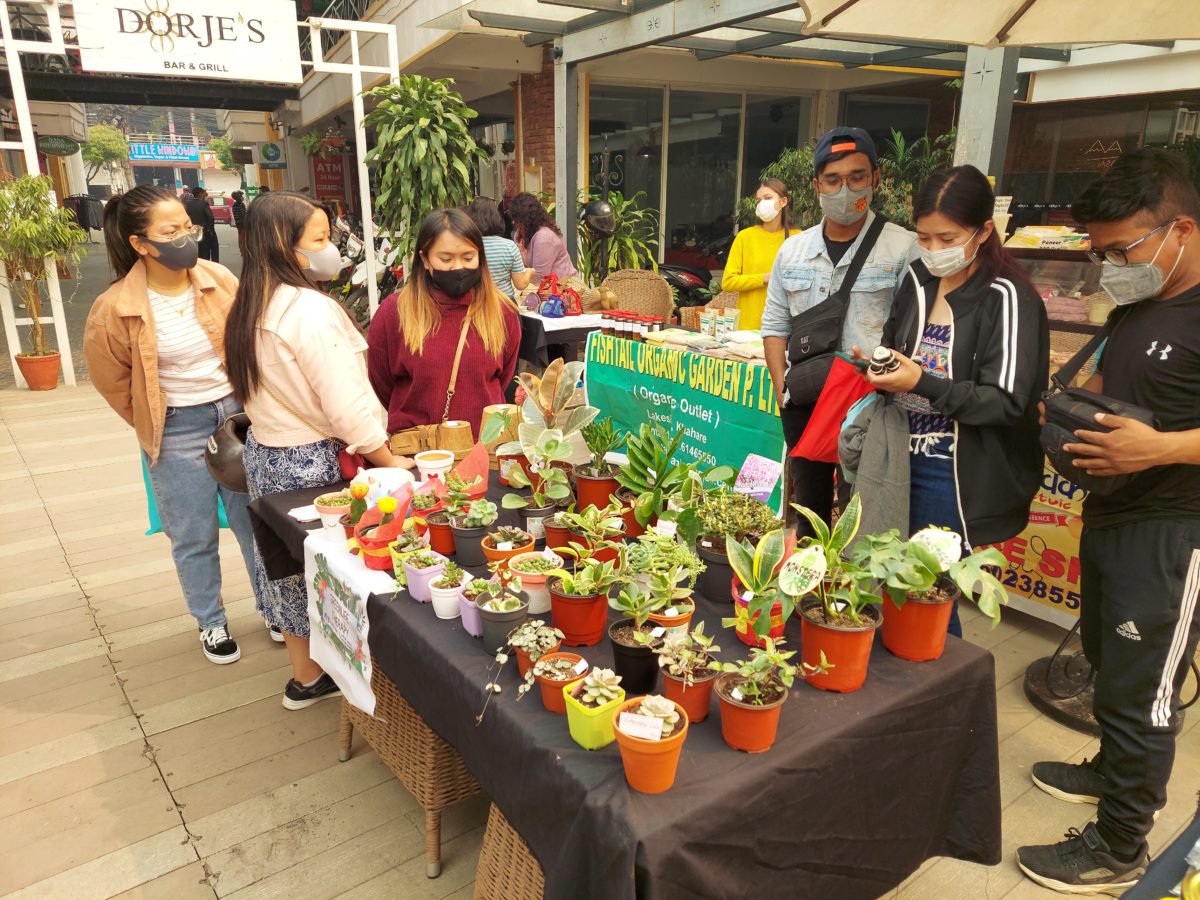 According to Jen Lalchan, the manager of Dorje’s Farmers’ Market, the market is a good place for people to sell and promote their products. She says that the farmers’ market used to take place on a weekly basis for the past three years and has been turned into a fortnightly after lockdown was called off.

“Before the Corona epidemic, when the flow of tourists was high, the number of buyers and sellers was high, but later the lockdown brought the trade to a standstill.”-she added. 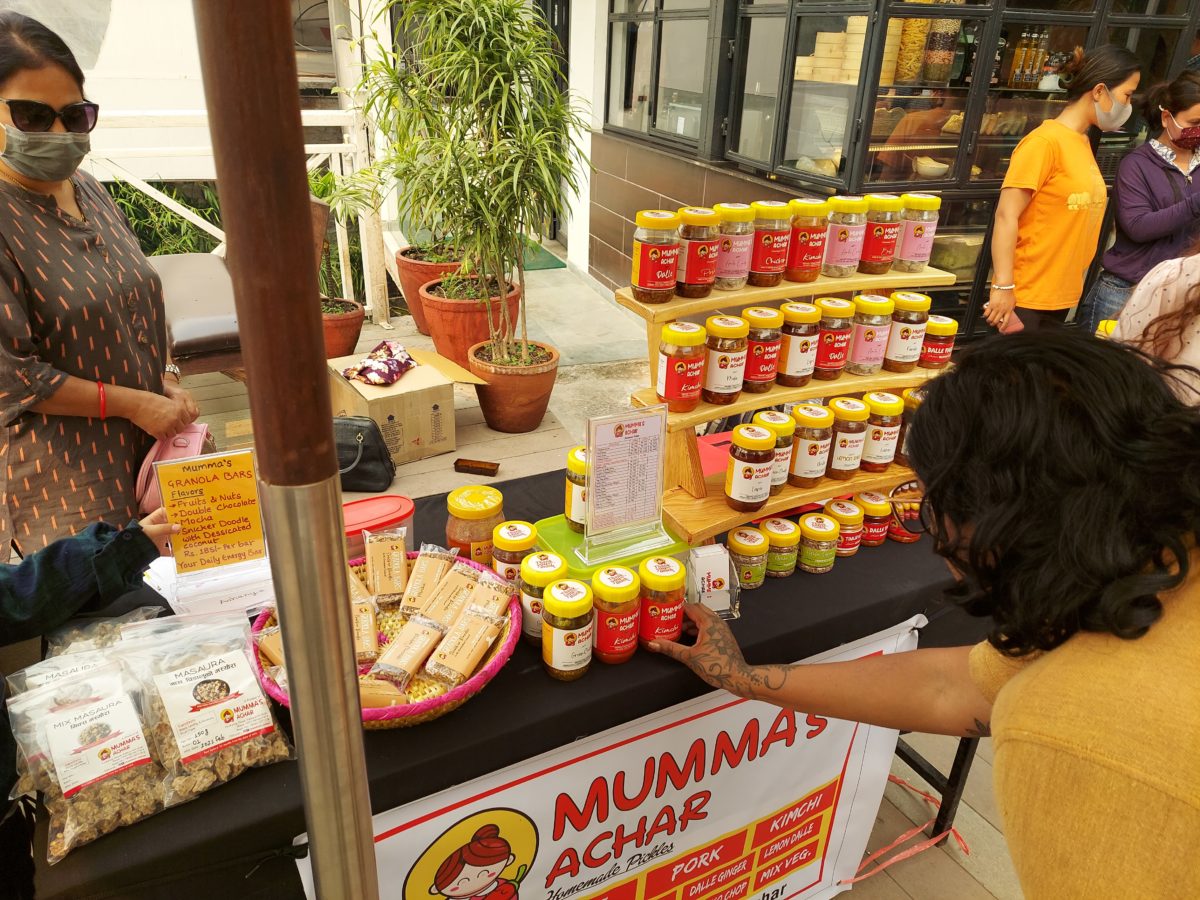 Three years ago, there were mostly foreigners as sellers and customers in this market, but now, after the lockdown, Nepalese who have free time come to sell goods. Young people who want to do something after the lockdown are coming here to sell artistic materials.

On Saturday, some foreigners were seen in the market  who had come to sell their goods. One of them is GG, an American citizen who owns bakery, ‘GG Bakery’, and comes in this fortnightly market to promote her products such as chocolate brownies, cinnamon rolls, cupcakes and sour bread. 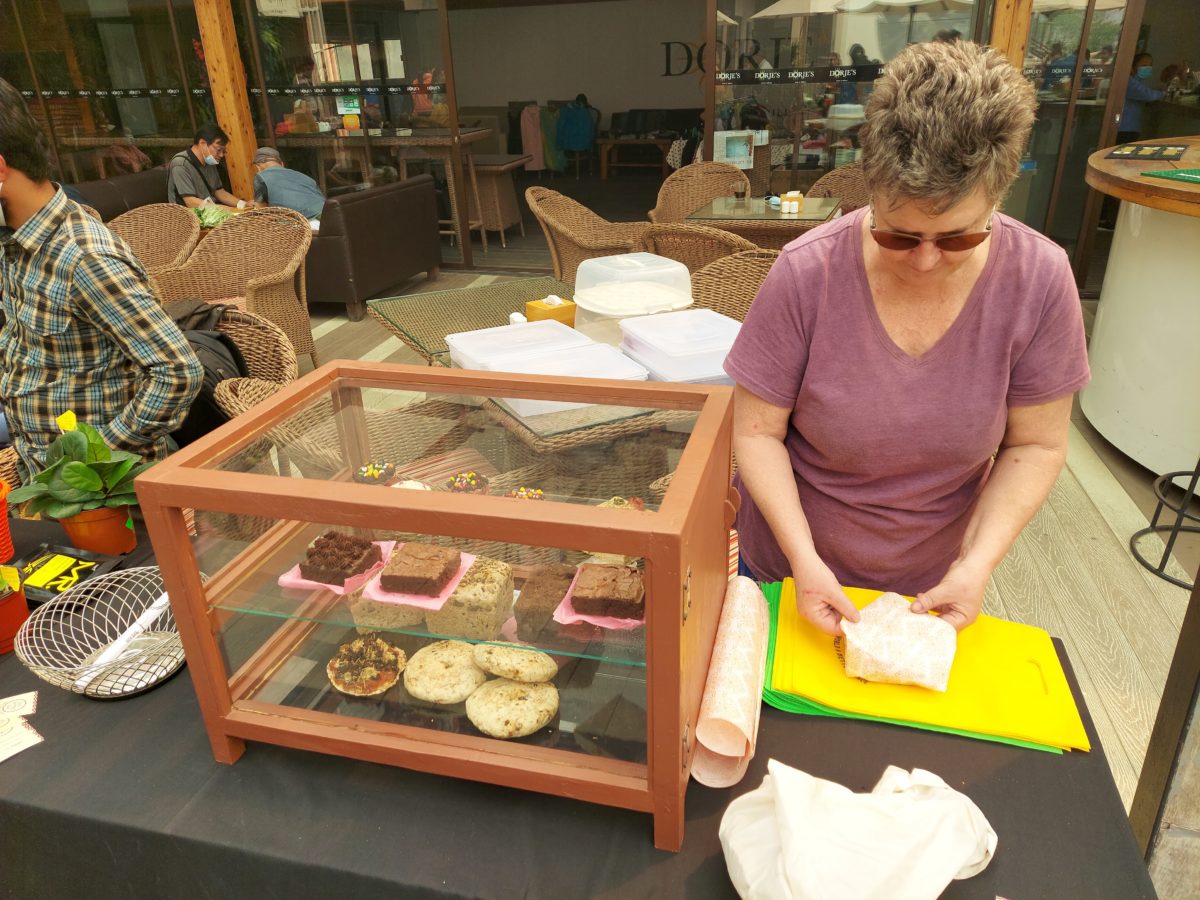 According to her, this market has given her a platform to promote American-style bakery items. She has been present in all the fortnightly markets after the lockdown was called off.

One can also buy second hand products in this market. “Nepalese were not interested in second hand goods, but now their desire has changed”, says Jen.

In the market, which runs from 1 pm to 4 pm, one had to pay Rs 500 for using a table, but now due to pandemic the price has been dropped to Rs 300 per table.