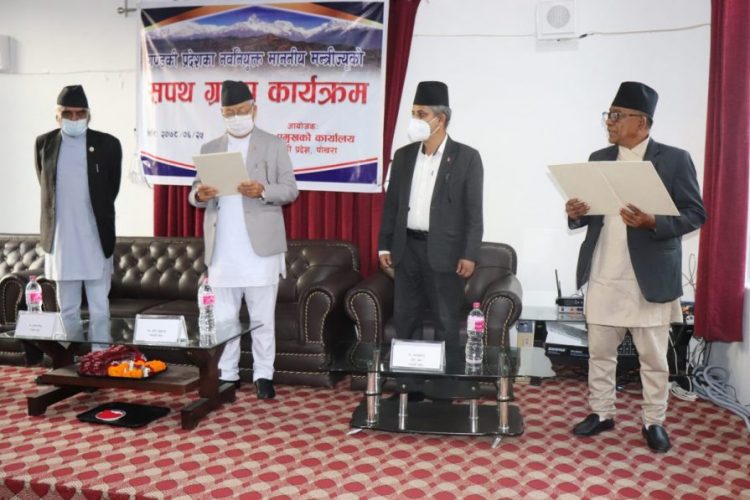 Pokhara:  Dobate Bishwakarma has been sworn in as a non-departmental minister in Gandaki Province.

He was administered the oath of office and secrecy by province chief Prithviman Gurung. Chief Minister Krishnachandra Nepali Pokhrel had appointed Dobate as a minister.

Earlier, Dobate’s name was removed at the last minute amid talk of becoming a minister. The coalition has protested against his appointment.