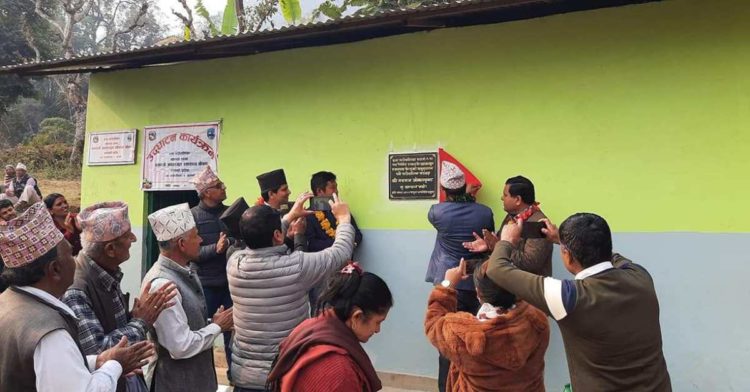 Kaski, March 5 : There was no Health Centre in the Rupa Rural Municipality-1, Syastri. People had to go another district to fetch a tablet of Paracetamol.  Another alternative for them was to go district headquarter, Pokhara.

The health center has been started on Thursday by providing health workers with building and equipment. The two-room health center constructed at a cost of Rs 500,000 was inaugurated by Rural Municipal Chairman Nawaraj Ojha.

Chairman Ojha said that basic health services will be available in the health centers. Citizens of Rupa 1 and 7 will get service from this. According to the rural municipality, three health workers have been provided at the center.

He said that more emphasis has been laid on upgrading the health centers across the municipality. He also  expressed commitment to start ambulance service from village.