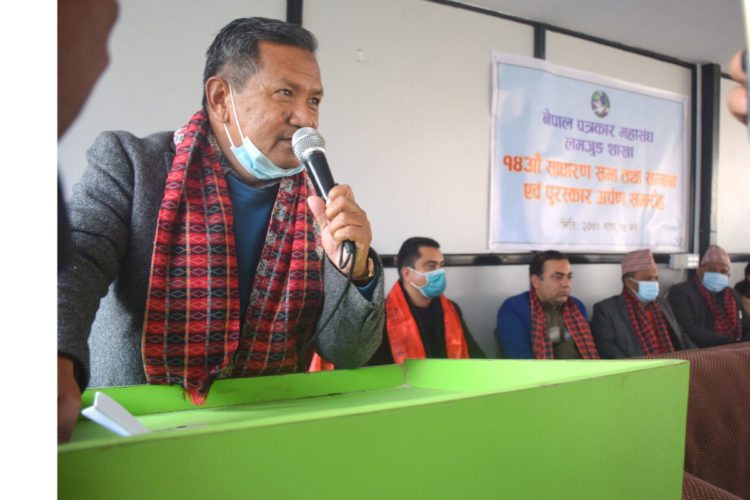 Lamjung, Jan 28: Chief Minister of Gandaki, Prithivi Subba Gurung, has claimed that some anti-democratic forces were on the prowl to defame democracy.

At an annual general meeting of the Federation of Nepali Journalists Lamjung district chapter at Beshishahar in the district today, CM Gurung blamed that the major opposition party and internal factions were to trying to weaken the stable government and to smear democracy.

Urging the journalists to disseminate factual news, Gurung viewed that maintaining stability in the country should be a ‘common mission’ for one and all.

Furthermore, the CM asserted that the foreign forces were into splitting the Nepal Communist Party (NCP) since there was no possibility of forming a coalition government of the Nepali Congress and Janata Samajwadi Party.

On the occasion, Gandaki Province Assembly member Madhu Adhikari among others said that the State had failed to play a special role to address various issues surrounding working journalists.