Decision to split ward no. 14 of Waling

Decision to split ward no. 14 of Waling 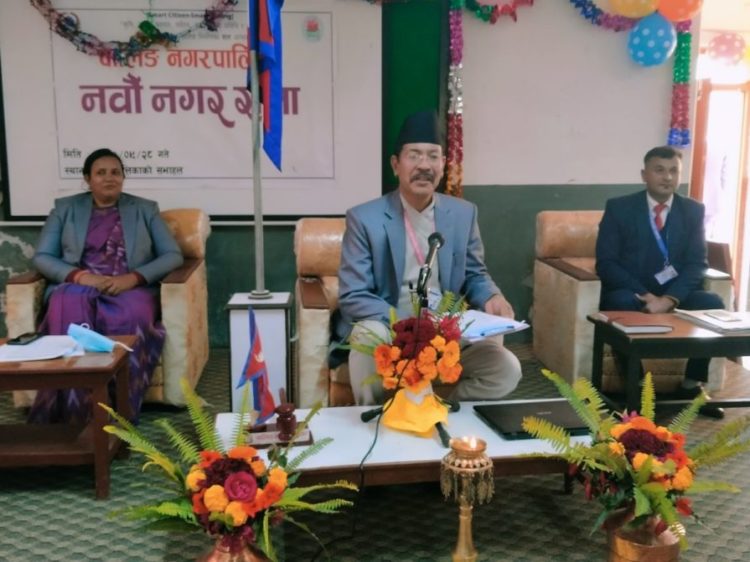 Tolakanta Bagale, Syangja, Jan 13: Ward 14 of Waling will be divided into two parts. The Ninth Municipal Council of Waling Municipality has unanimously approved the proposal to split ward 14 into two wards.

Kafle said that the ward 14 was geographically larger and more remote than other wards due to inconvenience of resources and other reasons.

A meeting of officials of 25 Area development organizations of the ward, representatives of political parties and intellectuals has decided to establish additional wards including ward 10 of , ward 9 of the then Thumpokhara VDC and Hugdi area of ward 14 of  the then Kalikakot VDC. Ward Chairman Shrestha said.

Earlier, an application was submitted to the mayor Dilip Pratap Khan along with a map of the geographical area.