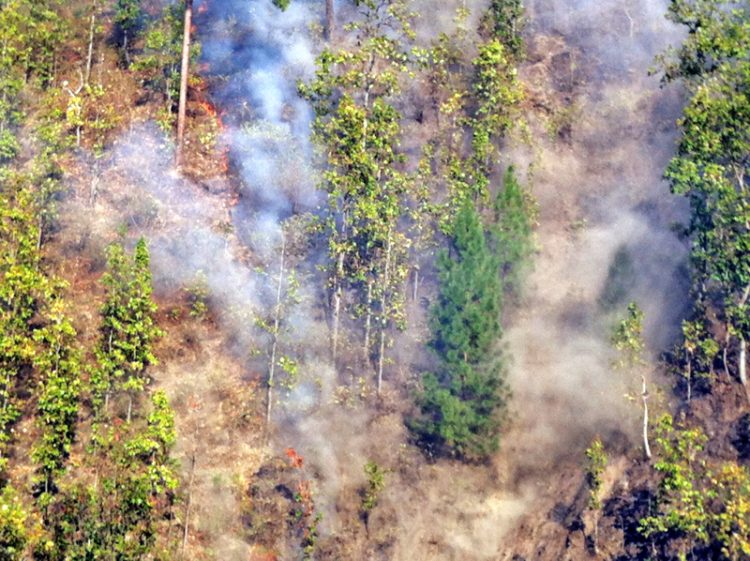 Dadeldhura, a district in the Far-West State, has reported multiple incidences of forest fire. With the rise in temperature, most community forests here are caught by a fire. Young plants have been destroyed in the several fires which continue to pose threat to other wildlife as well.
According to the Division Forest Office, Dadeldhura’s Assistant Forest Officer Prakash Joshi, the wildfires are yet to come under control. He blamed negligence on the part of locals for the eruption of fires as smoking is largely behind such incidents.
Carelessly tossed cigarette butts have caused fires in many forests. Similarly, the possibility of deliberate incidents out of awareness can’t be ignored. A district level campaign to control forest fire has been launched.
In some cases, locals had themselves set forest areas on fire with the belief that lush vegetation germinates on the patch of the burnt out forest. But later, such fire takes a drastic turn. Forest areas are highly vulnerable to wildlife in a dry season.
According to the District Forest Office (DFO) data, forest covers over 75 per cent area of total land in the district. Some area of 115,159 hectares of land, out of 153,008, is covered by forest.

Love and murder: ‘Your crown prince will die a dog death.’