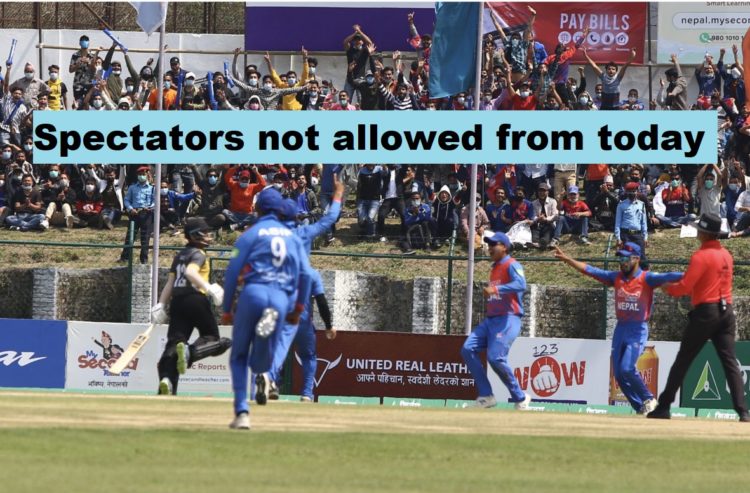 CAN Secretary Ashok Nath Pyakurel informed that spectators have been barred from entering the ground for the remaining matches to be played at the Tribhuvan International Stadium in Kirtipur from today.

CAN said in a statement that spectators were barred from entering the rest of the tri-nation T20 cricket as the cabinet meeting decided not to allow more than 25 people to attend the event. With this decision, CAN has apologized for the inconvenience caused to Nepali cricket supporters.

In the previous game, spectators were allowed to watch the game by paying a fee. Nepal is playing against Netherlands in the series today. Earlier, Nepal had defeated Netherlands by nine wickets in the first match. Nepal is in a strong position in the title race.

Today’s match against Nepal and Netherlands will be played at 1:15 pm.