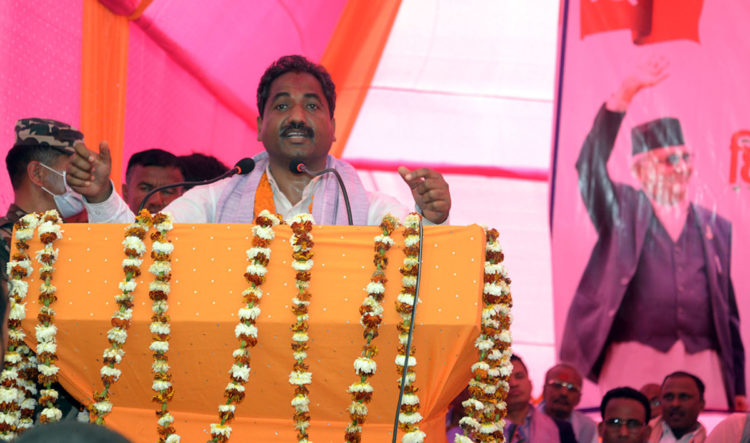 Parsa, Feb 27: Minister for Urban Development Prabhu Sah has said corruption and political instability were impediments of development in Nepal. He viewed that conspiracy was being hatched to topple the present NCP government.

Minister Sah said it during a cadres meeting at Chhipahamai Rural Municipality here Friday. The Minister said those who are pushing country to instability by disrespecting people’s mandate should apologize before people.

He blamed that temporary capital of Provice-2, Janakpur, was earning disrepute because of province government here.