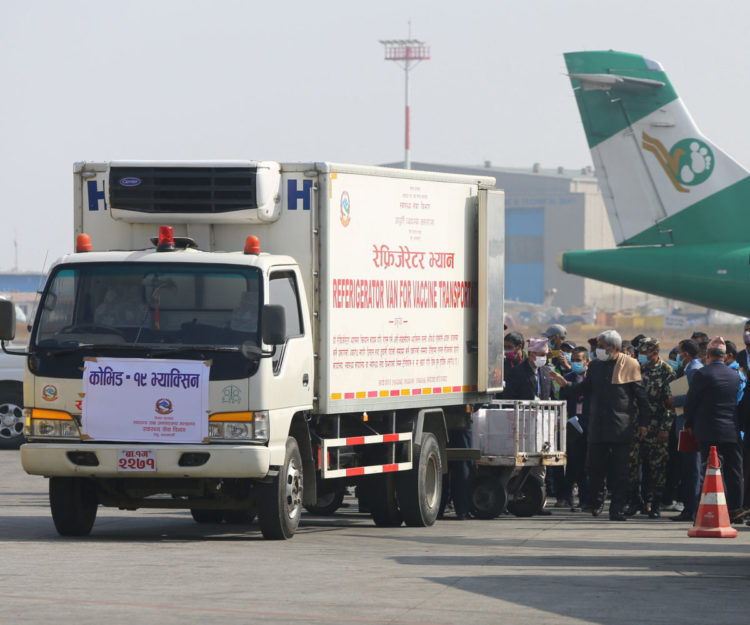 The vaccine was brought to Kathmandu from Mumbai via New Delhi by an Air India flight. Indian Ambassador to Nepal Vinay Mohan Kwatra has handed over the vaccine to the Ministry of Health.

On Wednesday, the Ministry of Health held a press conference and formally informed that India is going to provide vaccine assistance. 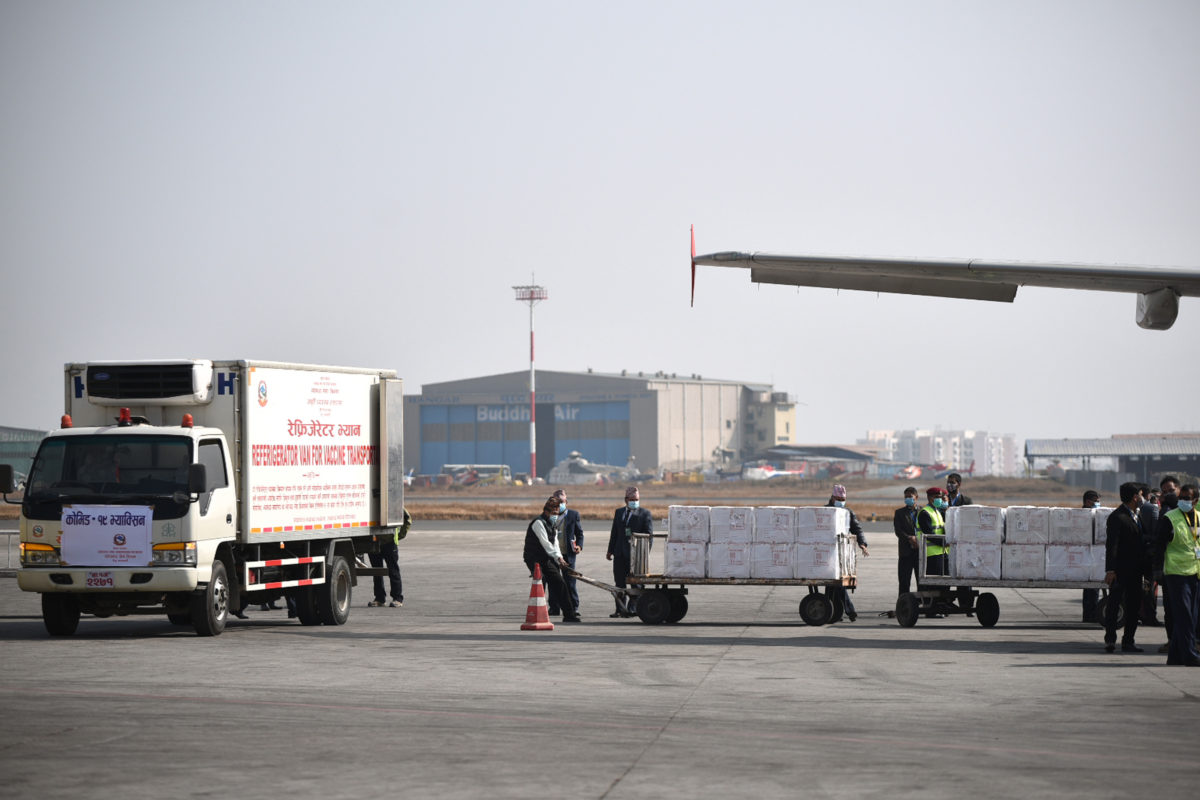 Covishield of Serum Institute and Covax vaccine of Bharat Biotech have been provided by India as a grant to Nepal. The vaccine provided by India should be given in two doses. According to Jhalak Sharma Gautam, chief of the immunization division under the health service department, 400,000 people will be vaccinated in the first phase.

Vaccines received by Nepal will be taken to the Central Vaccine Store at Teku. The vaccine stored in Teku will be sent to the storage center of each province by the Department of Health Services.

The government plans to launch a simultaneous vaccination campaign from district hospitals across the country. According to the Ministry of Health, the vaccine will be given to health workers, people engaged in corpse management, women’s health volunteers and cleaning staff assigned by the municipality. After that, vaccination will be done in phases based on the risk.

Head of Vaccination Division Dr. Gautam said that pregnant and breastfeeding women will not be vaccinated. Similarly, those under 18 years of age with allergy problems will not be given.

Ministry spokesperson Dr. Gautam further said that  person is kept under observation for half an hour after being vaccinated. ‘The first dose is 0.5 ml and then observed for 30 minutes. If there are any problems after vaccination, additional treatment is arranged. However, the government will not take responsibility for the death.’

The Ministry of Health and Population had earlier said that it was preparing to vaccinate within a year of receiving the vaccine. However, no date has been set for the vaccination. The government plans to launch a simultaneous vaccination campaign from district hospitals across the country. One year after the discovery of corona virus in Nepal, a vaccine against corona has been introduced.