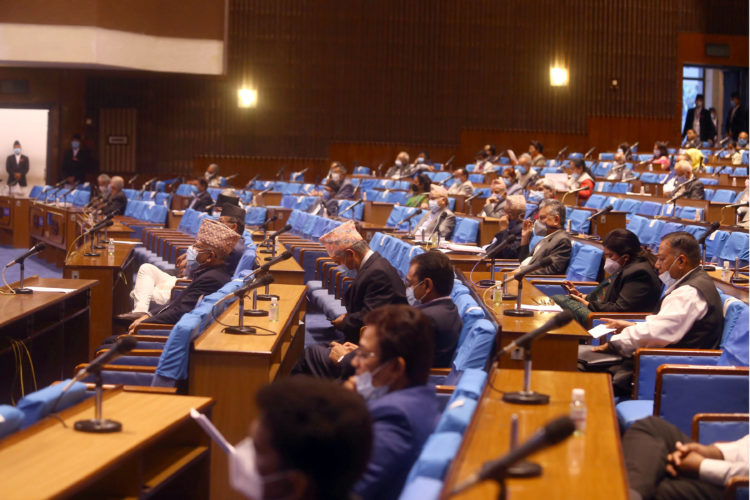 Kathmandu. May 31: Bill on constitution amendment (2nd) has been presented in the meeting of the House of Representative today.

The bill is presented to incorporate the revised map of Nepal in the Schedule 3 of the constitution (Coat of Arms). Minister for Law, Justice and Parliamentary Affairs, Dr Shiva Maya Tumbahangphe, tabled the bill.

Constitution of Nepal (2nd amendment) bill, 2077 was registered in the federal parliament on May 22 in order to adjust Nepal’s genuine map in the Coat of Arms. The government recently released the revised map of the country.

The revised map has incorporated the places Limpiyadhura, Lipulek and Kalapani in its territory.

Similarly, on May 26, Prime Minister KP Sharma Oli organized an all-party meeting and urged all to stand together for national integrity and sovereignty and vote for the constitution amendment.

Even the major opposition Nepali Congress has decided to vote for the constitution amendment. Rastriya Prajatantra Party has also followed the suit.