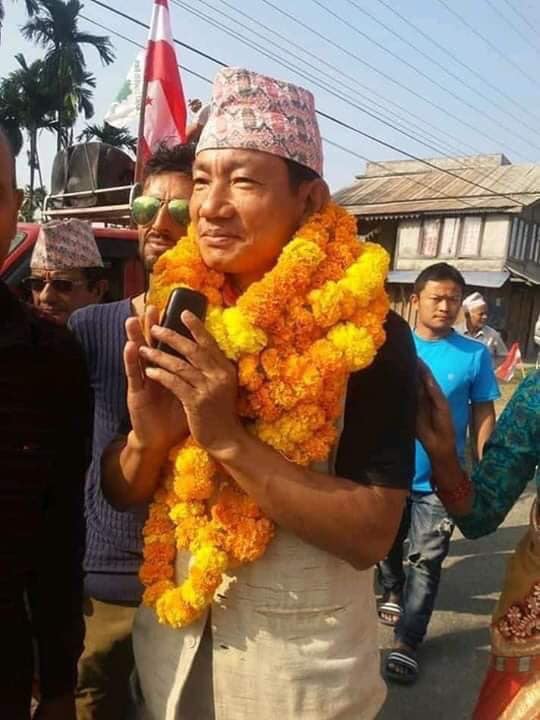 Dharan, 2 Dec: Nepali Congress candidate Tilak Rai has won the by-election held for the post of mayor at Dharan sub metropolis. The NC candidate garnered 26,709 votes to beat his nearest competitor Prakash Rai of the Nepal Communist Party who finished the race with 23,914 votes. However, the official declaration of the poll results by the Election Commission is awaited. The NC candidate who had lost the 2074 BS election to the then CPN (UML) candidate the late Tara Subba with a wide margin of 4,000 votes won this election securing 2,795 more votes than his rival. “The NC also breaks the record by this as the leftist were becoming the winners here in every local level election since 2047 BS,” said NC municipal leader Prem Parajuli. Following the victory, newly-elected mayor Rai pledged to develop the town into a corruption-free zone and follow people’s suggestions and advice. During the election assembly, he announced to serve voluntarily (without taking any official facilities) if he won the election. He has been with the NC since 2048 BS.  Photo courtesy: Bishnu Rai