Prakash, Dhakal, Pokhara, April 13 : Nepali Congress has collected the signature of its MP to overthrow the Gandaki Province government. A meeting of the parliamentary parties has been held on Monday to discuss the issue. Kumar Khadka, coordinator of the negotiation committee, made a presentation on the progress made so far in the meeting.

At the same time, the signatures of the parliamentarians were also collected “Any decision has to be made at any time. The signatures of the honorable have been collected, ‘said one MP.’ After listening to the discussion, it is understood that action will be taken within a few days. The same has been prepared in the meeting. ‘The negotiating committee has so far presented the discussions held with other parties and its findings to the parliamentary parties. 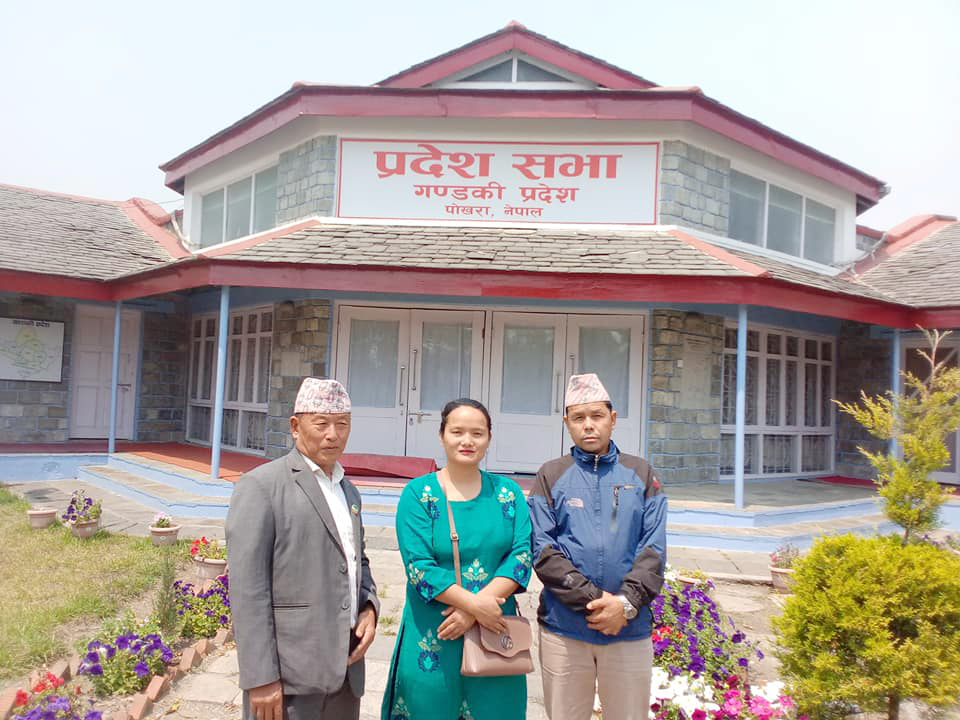 “Everything that happened in the meantime was shared in today’s meeting. Serious thoughts have been given to make the mission a success in the future as well, ‘said Krishnachandra Nepali Pokhrel, leader of the parliamentary party.’ The current government is unconstitutional. It has already been decided that the Nepali Congress will take the initiative to form a new government.

The Congress has insisted on taking action against the government on Tuesday. However, the Rastriya Janamorcha has not paved the way. The committee also held discussions with all the political parties and independent parliamentarians represented in the province. All the parties except the government side are positive, ‘said Khadka, the coordinator of the negotiation committee.

Central Chairman of the Janamorcha, Chitra Bahadur KC said that a decision has been taken to withdraw the support given to the government. Janamorcha is the decisive party in Gandaki with three members. The group he supports has a numerical agenda.