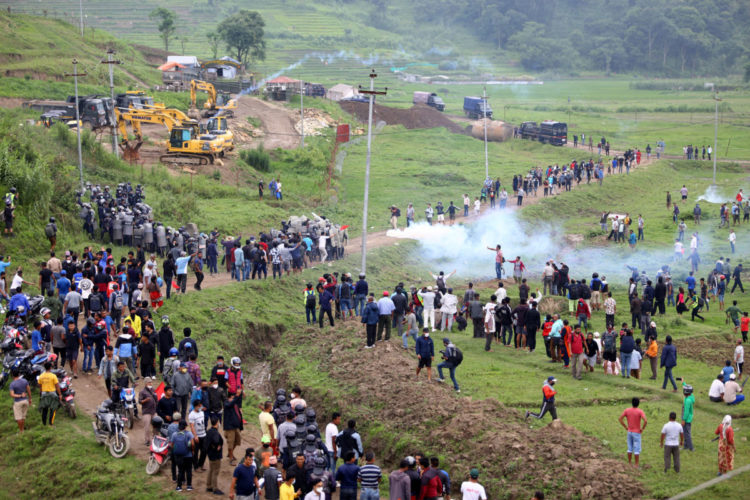 Lalitpur, July 4 : A clash between the police and local people on Saturday took place at Khokana in Lalitpur Metropolitan City-21 over a land row, leaving some people injured.

A dispute erupted after the local people started planting paddy on the land acquired for the starting point of the Tarai-Madhes fast track.

“The project is no longer bigger than our hunger at a time when coronavirus has lashed out at people. We are fighting for making a living,” he said.

The local people have been demanding that they are allowed to plant paddy on the lands. “Preparations are underway to hold a dialogue with the project in this regard,” said ward chair Rabindra Maharjan.

A large portion of the lands at Khokana have been acquired for many projects—outer Ring Road, the fast track, 132 KV transmission line, Bagmati corridor, Kathmandu-Hetauda tunnel way, petroleum pipeline and smart city.

The local people have been protesting the projects saying that they would destroy their religion, culture, originality and identity. They have also complained that they were denied ‘decent’ compensation for their lands used for the projects.