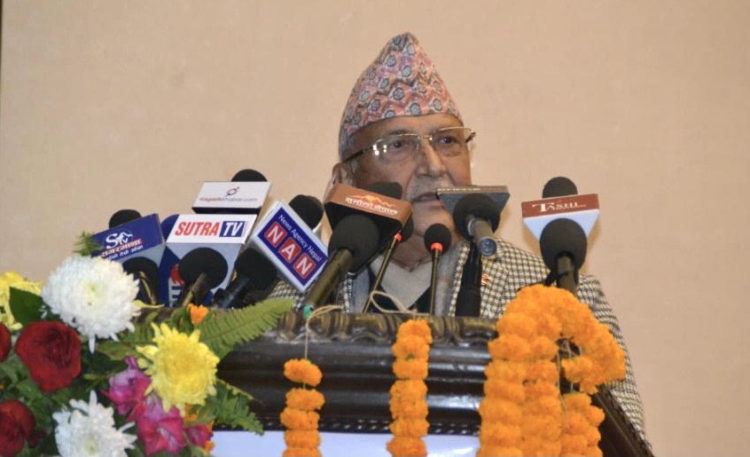 Kathmandu, Jan 27: Chairperson of Nepal Communist Party KP Sharma Oli has urged the members of the other group to return to the mainstream.

Speaking at the national gathering of the NCP-affiliated Indigenous Nationalities Federation Nepal here today, Prime Minister Oli said the government and the party is active to take the country towards stability by holding elections as per schedule.

He also termed the ongoing dispute in the party as ‘fake’ and said he was leading the party officially. Oli has claimed that those protesting in the streets would be washed away by the upcoming elections. “The defection of a few will not have any obstruction on the communist movement, stability and prosperity,” he said.

NCP Chair Oli said he was the one who chose the election symbol of Sun for the party in 1990, and wondered why would people who never fought elections with the symbol want it.

He also questioned those running the government in the past over their inability to bring out a new map and sign trade and transit treaty with China.

At the programme, NCP Secretariat member and Home Minister Ram Bahadur Thapa said the election was announced seeking a fresh mandate and that the NCP would win a two-thirds majority to restore stability in the country.