Book Review: I Am Malala

Book Review: I Am Malala 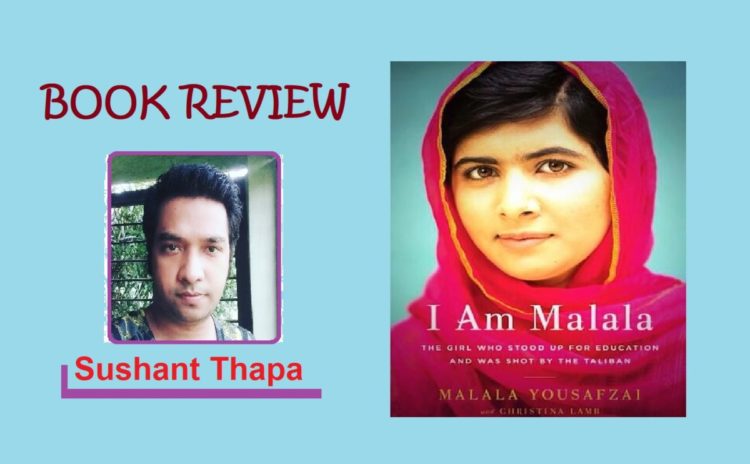 Sushant Thapa, The book begins with traditional Pashto couplet and in the book there are references of many Pashto poems. The references of shorter poems provide us the glimpse into the literary culture of the region of Afghanistan and Pakistan which seems to be very rich.

For instance, there is a mention of tapey, two-line poems, which has been sung for the pigeons while feeding them. The song has a tone of non-violence. The author also introduces us to the social customary norms of the region of her birth which is Mingora, Pakistan. New words such as tarbur, which means cousin and also enemy give us a glimpse to the unique culture—discourses of discussions take place among the cousins like enemy fighting with each other. Auspicious sign of birth at early dawn is also mentioned in the book. Malala was also conceived at dawn. She was welcomed by her father jovially and he believed that she was a unique child.

We can view the book from the cultural lens and can see the differences which are unique. Malala was named after the greatest heroine of Afghanistan, Malalai of Maiwand, who fought against the British in 1880 during the Anglo-Afghan War. Malala loves to admire her own culture and misses it in the conglomeration of modernity i.e., Birmingham, England, the place where she wrote this book. She was away from the natural landscape and gushing blue rivers and snow-capped mountains of the Swat Valley, her birthplace. Malala remembers her friend and their conversations back home. The notable thing about Malala is that she seems to be quite friendly; it can also be noted from her Nobel lecture delivered on 10 December, 2014.

Malala talks about the days in her school when she used to write poems under different topics such as “Haste makes waste.” This is interesting to note both from the literary and educational perspective. Since speech of Malala is taught in the English textbook in Nepal such practice of writing poems and stories under certain proverbs or saying will be lively and fulfilling. It can act as edutainment for young learners.

The idea that girls should not go to school is fostered by Taliban. This idea kills the idea of education and has a heavy social impact which the society must bear. This is a cowardice seen among the destroyers.
It might be warming for young students to know that every man is a brother and every woman is treated as a sister in Pakistani culture; even mother and father. We can understand and relate to this culture with due respect. The concept of brotherhood and sisterhood if applied can help us make friends with our parents and one can share more—also learning from them is a process of sharing values and cultural ideas.

Malala used to campaign for peace and education of girls—she also mentions that she was awarded a monetary amount for campaigning. Malala was still a school student, then. We must believe that children can be in the forefront and campaign for good. Be it for educational or social causes. This should be a part of the modern education system and a habit of cultivation in every school going child.
The book has important political dates of Pakistan and Swat which contributes to provide information about political history.

At last, I want to state that there is a famous saying by Malala which goes like this: “One child, one teacher, one pen and one book can change the world.” She also mentions this saying in her speech.

Reviewer  Sushant is an M.A. in English Literature from Jawaharlal Nehru University, New Delhi, India. He is the author of the poetry collection “The Poetic Burden and Other Poems.” The book is available in Daraz and Thuprai. He lives in Biratnagar-13, Morang.