Bodies of 2 teenagers found in forest of Kanchanpur

Bodies of 2 teenagers found in forest of Kanchanpur 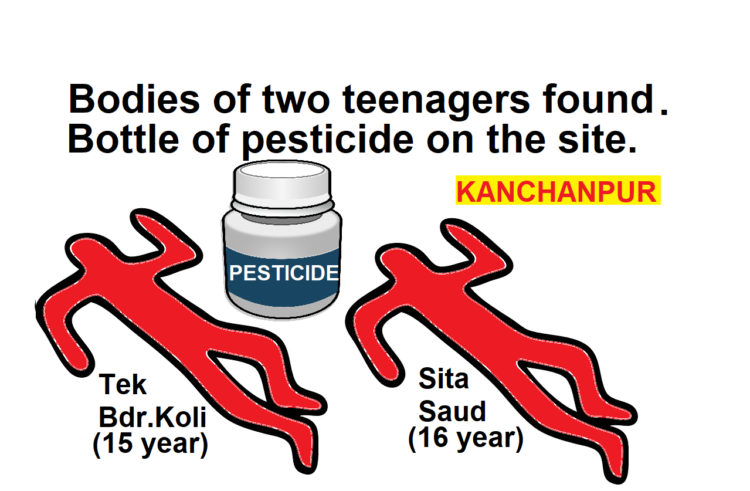 Kanchanpur, Oct.31: Two dead bodies were found inside a forest at Malumela, Krishnapur Municipality-4 in the district this morning.

The District Police Office Kanchanpur identified the bodies as that of 15-year-old Tek Bahadur Koli and 16-year-old Sita Saud of Godavari Municipality-11, Kailali district. Both had been out of contact from their families since October 13.

The locals informed the police after they saw the bodies inside the jungle this morning, DPO Kanchanpur’s spokesperson Deputy Superintendent Amar Bahadur Thapa said.

Thapa said that a can of ‘sulphas’ pesticide was also found near the site. Police teams have been dispatched to the site for detailed investigation. It is said Koli’s body is in decomposed condition.