Bidhya ahead in Kaski, Congress broke red fort in Chitwan and Bhaktapur

Bidhya ahead in Kaski, Congress broke red fort in Chitwan and Bhaktapur 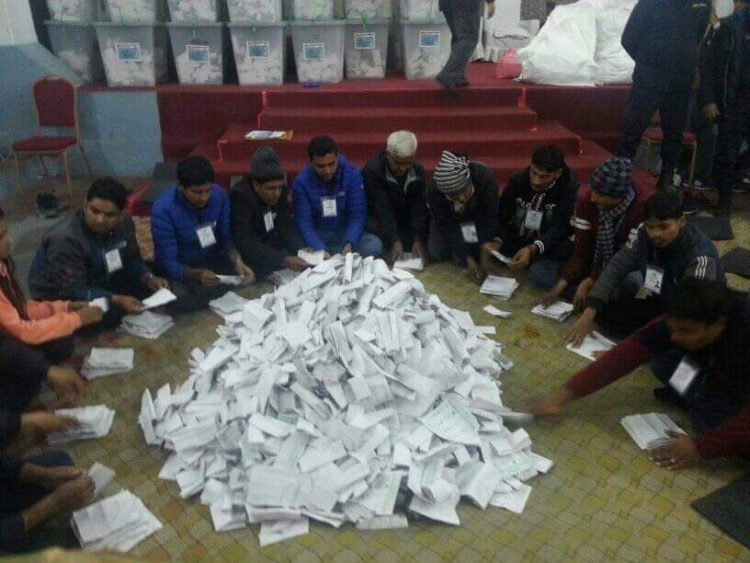 Pokhara: 1 Dec: NCP is currently leading the  vote count for the Federal Parliament seat followed by Nepali Congress in Kaski. NCP (Nepal Communist Party) is ahead of NC (Nepali Congress) by 5837  votes according to the latest update. Total 19007 votes were  counted in ward no.17, 20, 21 and 33.  NCP has received  11730 votes while Congress received 5893 votes.

Meanwhile the main opposition party Nepali Congress has broke Communist fort in Chitwan and Bhaktapur. Chitwan is the hometown of Puspa Kamal Dahal aka Prachanda where Nepal Communist Party has lost all the three seats. Nepali Congress candidates have won election in 3 wards of Bharatpur and Khairani municipality as a ward chief.  Amritraj Baral, Dev Basnet and Pratima Karki won in the ward no 16, 4 and 5 respectively.

Motorbikes catches fire after a collision in Pokhara