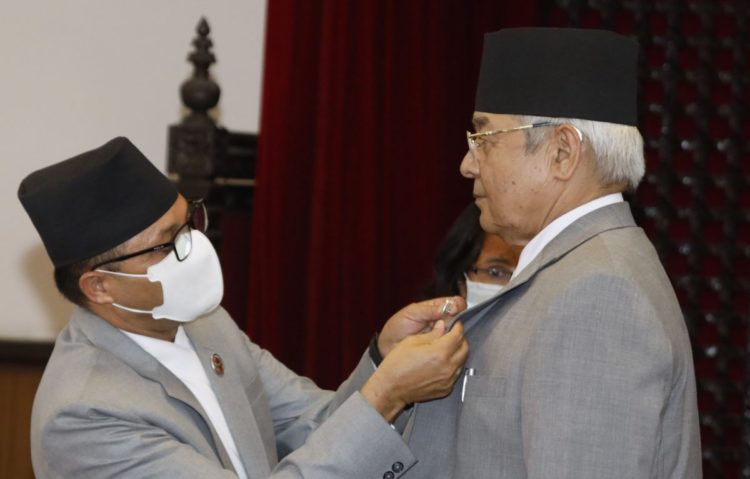 Kathmandu, Sept.17: President Bidya Devi Bhandari has nominated Bamdev Gautam from Dakhakwadi -1 of Pyuthan, the member of the National Assembly, the upper house of the federal parliament.

The Head-of-State nominated Gautam to the post as per Article 86 (2) (B) of the Constitution of Nepal and on the recommendation of the government, spokesperson at the President Office, Hari Prasad Dahal, stated in a communique, today.

As per the constitutional provision, the President nominates three members including at least one woman to the 59-member National Assembly on the recommendation of the federal government.

Gautam had lose parliament election in 2017, he was defeated by Sanjay Gautam of Nepali Congress in Bardia. Bamdev Gautam had recieved 44,076 votes whereas Sanjay had received 44, 829 votes.