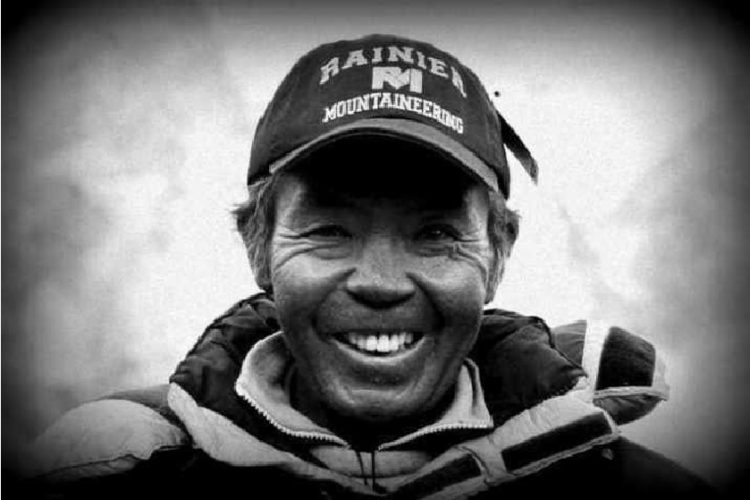 According to his relative, Nurtshepal Sherpa, the legendary mountaineer breathed his last at 10 am at the age of 72.

Preparation was being made to take his mortal remains at the Sherpa Monastery while his final rites would be performed on Wednesday as per the Buddhist rituals.

Born in 1948 at Thame, Solukhumbu district to a family of yak herders, Angrita forayed into mountaineering at the tender age of 15. He was only 20 years old when he made it to the top of the Mt Cho Oyu.

Sherpa forayed into climbing the highest mountain in the world since 1983. He first scaled the 8,848-metre mountain without using bottled oxygen in 1983 while 1996 being his last feat without supplemental oxygen.

Apart from scaling Sagarmatha (popularly known as Everest), the Sherpa has ascended the second highest mountain in the world-Mount K2 in Pakistan as well besides reaching the summit of Manaslu, Lhotse, Annapurna, Dhawalagiri among other mountains in Nepal measuring 8,000 metres in height.
Angrita’s mountaineering journey was halted after he fell sick during an expedition.

According to Sherpa’s family sources thenafter he did not set out for mountaineering. At that time Angrita had told journalists that when King Birendra asked him about his wish and needs, he did not express his wish.

Around 1996 then Crown Prince Dipendra invited Angrita to “come to the royal palace”, but he did not go. However, he was decorated with Trishaktipatta, the Gorakha Dakshinbahu state decorations.
No mountaineer has so far broken Angrita’s world record of 10 successful scent of Mt Everest.

Sherpa had shared with journalists that the Indian government had proposed to him that it would arrange for his stay in India, which he said he refused. His daughter Doma said that no significant support has been received from the Nepal Government.

However, Nepal Mountaineering association (NMA) has been regularly supporting him citing his poor economic condition. According to Doma, NMA has been providing Rs 15 thousand monthly to Angrita.

Angrita is survived by three sons and a daughter. Eldest son Karsang was into mountaineering. Middle son Chhewang Dorje is in the USA and youngest son Phura Nuru Sherpa is a yak herder in Khumbu.

Doma lives in Jorpati, Kathmandu. Angrita had been living with his daughter. His spouse passed away seven years back.