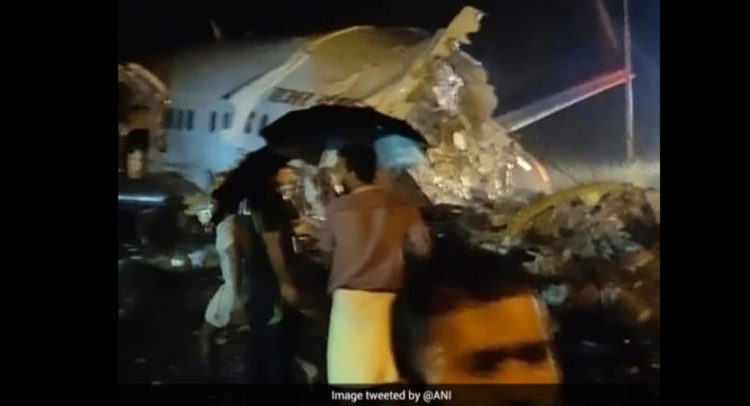 Kerala, August 7: An Air India aircraft carrying 184 passengers and 7 crew members from Dubai has skidded  off the run away in Karipur international airport in Kerala.

According to NDTV India news channel,  pilot, Deepak Sathey has died in the incident. At least 10 people have lost their life only in one hospital.

The plane has broken into two pieces with debris strewn over the runway. Detail to come.