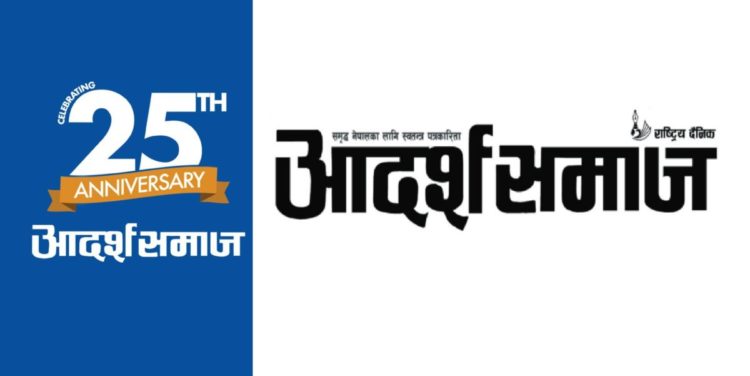 Pokhara, April 14: Adarsha Samaj daily, the sister publication of eadarsha.com has completed 25 years and turned 26 today. On this occasion on the behalf of Adarsha ​​Samaj Multipurpose Publishing Company, president and the editor-in- chief, Krishna Prasad Banstola has extended heartfelt wishes  to all the readers, sellers, advertisers, new agencies, well wishers and staff.

The daily was started as fortnightly magazine on April 13, 1996. Then it started publishing as a weekly from 1997 and daily since February 1, 1998.

The daily has witnessed not only extreme armed conflict but also various political changes. While laying the foundation of professional journalism in Pokhara, it has tried its best to inform the society.