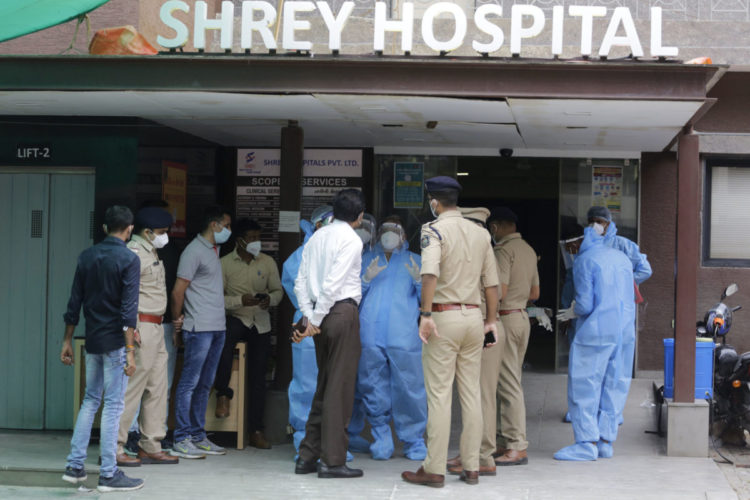 Gujrat, August 6: At least eight COVID-19 patients died when a fire broke out at a hospital in India’s western state of Gujarat on Thursday, confirmed a local administration official.

The fire broke out early on Thursday morning at the Shrey Hospital in the state capital Ahmedabad.

The hospital was sealed following the mishap, and 41 COVID-19 patients were shifted to another hospital. The dead bodies have been sent for post-mortem, said a top state official.

Condolences to the bereaved families. May the injured recover soon,” tweeted the prime minister, saying the government was providing all possible assistance to the victims. Enditem