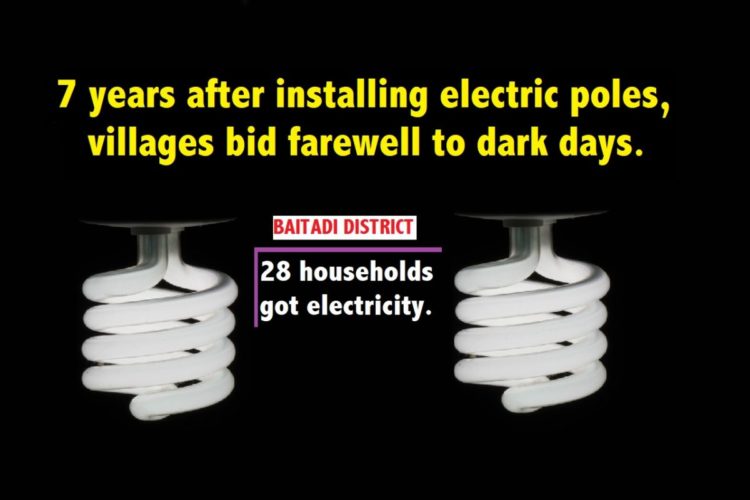 The locals were compelled to live in darkness due to lack of electricity even though poles were set up for the expansion.

Karna Bahadur Bista, a local, said that they have taken initiative for electrification in the village with the help of Patan branch of the power distribution center.

He said, “ The power is on in the village after the locals worked hard for pulling wires and laying poles.”

Electricity has been extended to village and Kapadat in Melauli Municipality of Baitadi.

(Edited and translated in English via Nepali feed of RSS)