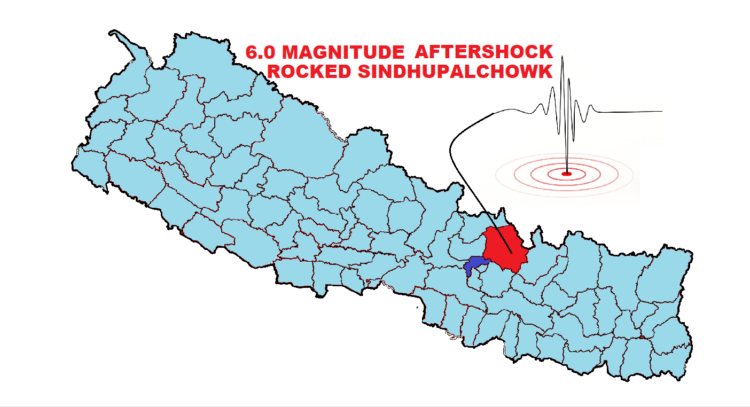 Sindhupalchowk, Sept.16: An aftershock measuring 6.0 on the Richter scale with its epicentre around Ramche in Sindhupalchowk was recorded.

The National Seismological Centre said that the aftershock occurred at 5.19 this morning.

Centre’s earthquake expert Lokbijaya Adhikari told RSS that the current jolt was not a new one but an aftershock of the Gorkha Earthquake (7.6 magnitude).

The early morning aftershock heavily rocked the areas around the federal capital Kathmandu.

A huge number of people had rushed out screaming from homes in the areas including Lokanthali, Balkot and Thimi of Bhaktapur.

More than 550 aftershocks measuring 4.0 on the Richter Scale had occurred so far following the 2015 Gorkha Earthquake, the centre said.