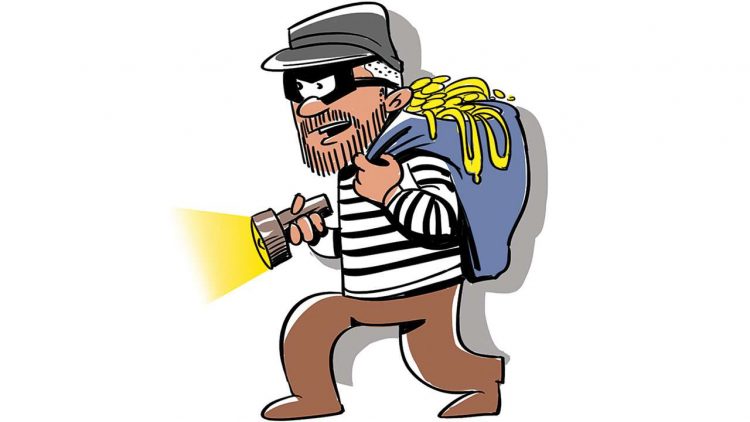 Dhanusha, Sept 26 : Police have taken under control a group of four dacoits by firing bullets in Janakpur in Dhanusha district this morning. Police opened fire at them at around 3: 30 am while the dacoits were trying rob the Janaki Furnishing situated between Bhanuchowk and Shiva Chawk at Janakpurdham Sub-Metropolitan City-2.According to the District Police Office, Dhanusha, the police on patrol saw the dacoits during the robbery. While police tried to prevent them from the robbery, they had pointed the gun towards the police. Police in retaliation had opened fire on them.Deputy Superintendent of Police (DSP) Rameshwor Karki said that police fired three rounds of bullet at a time when the dacoits attempted to abscond. Police eventually took them under control. One dacoit has sustained injures to his feet and he is receiving treatment at Janakpur Hospital while his other partners-in-crime have remained unscathed.  Police also seized arms and tools from the dacoits, whose identities have not been made public yet. Further investigation into the case was underway.Superintendent of Police (SP) Shekhar Khanal, however, informed that two dacoits are Indian nationals and two Nepalis.

Abuse of drugs is like COVID-19 spread: Home Minister Thapa