3 people including a police killed in Dhanusha bomb blast, 4 injured

3 people including a police killed in Dhanusha bomb blast, 4 injured 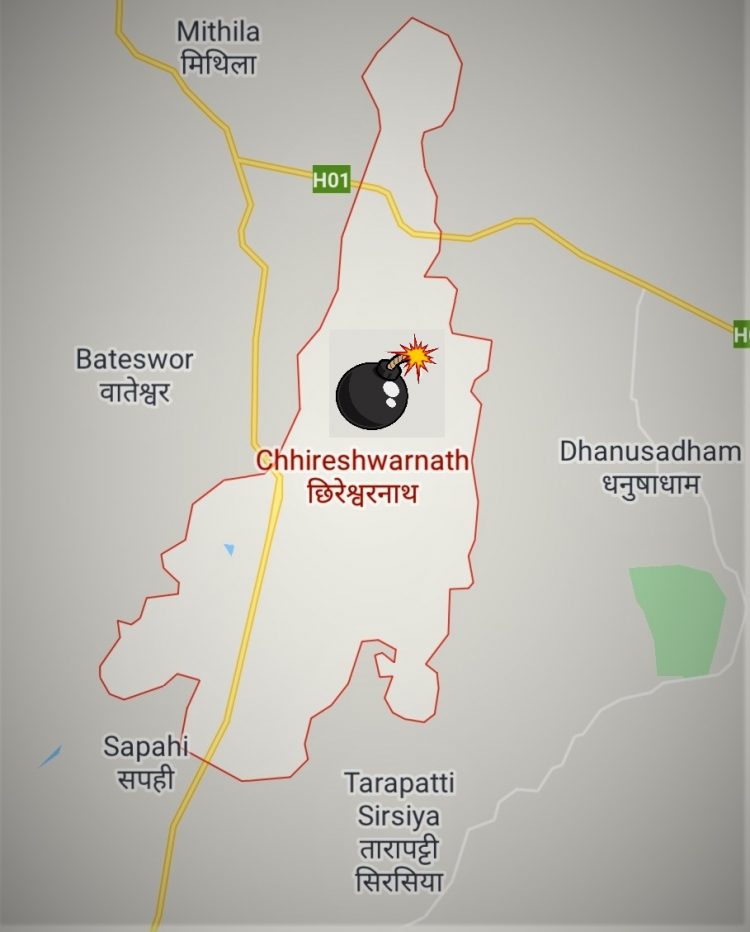 Dhanusha, 14 Dec: Three people including a policeman were killed and  3 others injured in an explosion in Mahendranagar bazaar of  Chhireshwornath municipality of Dhanusha district  on Friday night.  The blast took place in the home of businessman Rajeshwor Shah who along with his son Ananda Shah and police inspector Amir Dahal died in the explosion. The inspector with his team had reached the home of Rajeshwor  to defuse the  bomb which was hung in the main gate. As soon as they reached the place explosion took place. Both the father and son were killed  on the spot while inspector Amir breathed his last at Dharan based BP Koirala hospital this mornig at 6:30am. The 4 injured have been identified as Prakash Shah ( Shah’s younger son), Nikki Shah (Shah’s daughter), Bhikari Shah (Shah’s father) and police personal Rijnath.