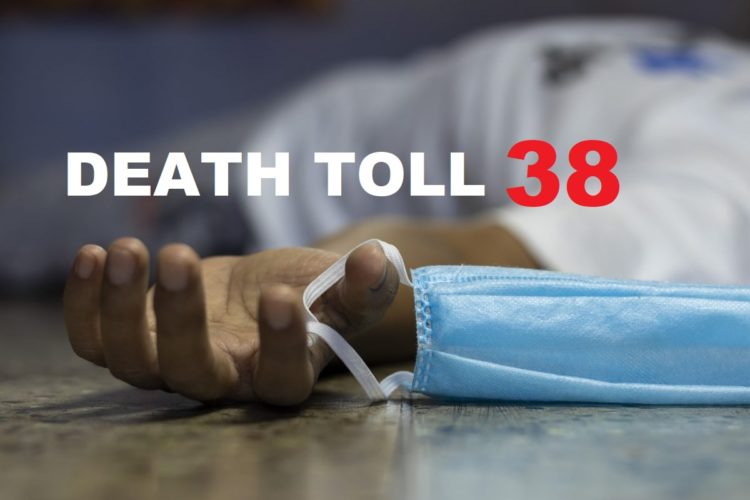 Kathmandu, July 11 : The death toll from COVID-19 in the country has hit 38 with three new casualties.

The three new deceased are between the age of 60, 54 and 45–two men from Shankhamul of Kathmandu Metropolitan City-10 and Gokarneshwor municipality-4 and a man one from Panchpokhari rural municipality-6 in Sindhupalchok district, said the Ministry of Health and Population.

The dead from Shankhamul was admitted to Patan Hospital on June 30 after suffering from kidney and liver infections.

The deceased from Gokarneshwor-4 had been receiving treatment for kidney problems at Kathmandu Medical College at Sinamangal. He died on July 9.

Likewise, the dead from Sindhupalchok was admitted to Patan Hospital on July 2 for the treatment of tuberculosis. The man, who was tested positive for the infection, died on July 9.