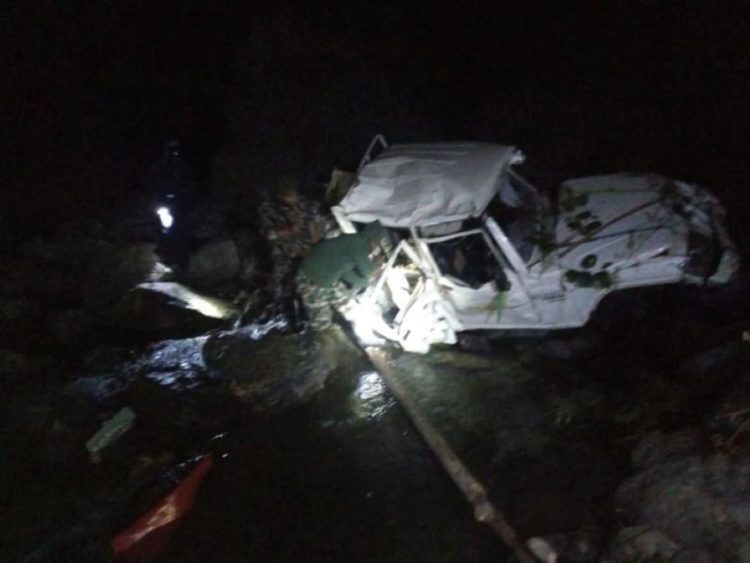 Lamjng, Feb 12 : Three people died on the spot when a jeep met with an accident at Chautaradaada of Dordi Rural Municipality in Lamjung district on Thursday evening. Three people have been injured.

A jeep  with number plate, Province 3-01-022 Cha 1383 carrying employees of the Super Dordi Hydropower Project B of Dordikhola fell from a cliff while heading towards Taaje at around 5.30 pm on Thursday.

DSP Ganga Bahadur Thapa informed that two engineers and a jeep driver died on the spot.

The deceased have been identified as Yadunath Bhattarai, 34, of Syangja, Bhanu Municipality-10, Jay Prakash Laudari, 45, of Tanahu and Kishor Rai, 26, of Khotang.

Meanwhile one engineer and two students who had taken lift on the jeep have been injured. The students had boarded  jeep to go to the village after school was over.

The injured are undergoing treatment at Lamjung District Hospital in Bensisahar. Police team of Kirtipur Temporary Police Post, Nepal Army and locals rescued the injured from the spot.