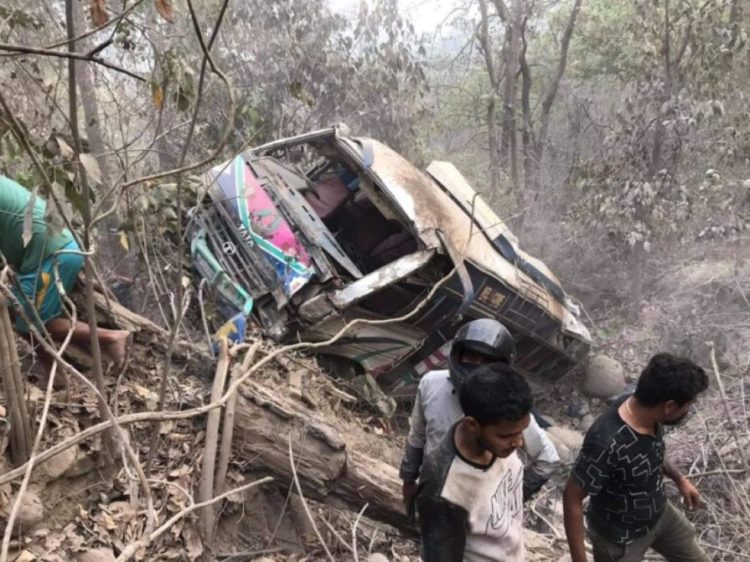 Nawalpur, April 17: Three people died and 28 others injured in a bus accident at Daunne Road in Binayi Triveni of Nawalpur district on Saturday.

The bus (Na 5 Kha 7000) heading towards Narayangadh from Butwal had fallen about 200 meters from the road near Daunne Bazaar.

According to District Police Office, Nawalpur, Deputy Superintendent of Police Dilip Kumar Giri, two of the injured died while undergoing treatment at the Old Medical College, Chitwan and one at the Madhyabindu District Hospital, Nawalpur.

According to the police, the deceased have been identified as Dhanu Darlami (25) of Ilam, Hise Chhamu Gyalmo (57) and Himlal Neupane (66) of Chitwan.

Twenty eight  people are injured in he accident. Deputy Superintendent of Police Giri said that the condition of all the injured was stable.

According to the District Police Office, Nawakour the injured have been rescued and taken to Madhyabindu District Hospital, Danda.