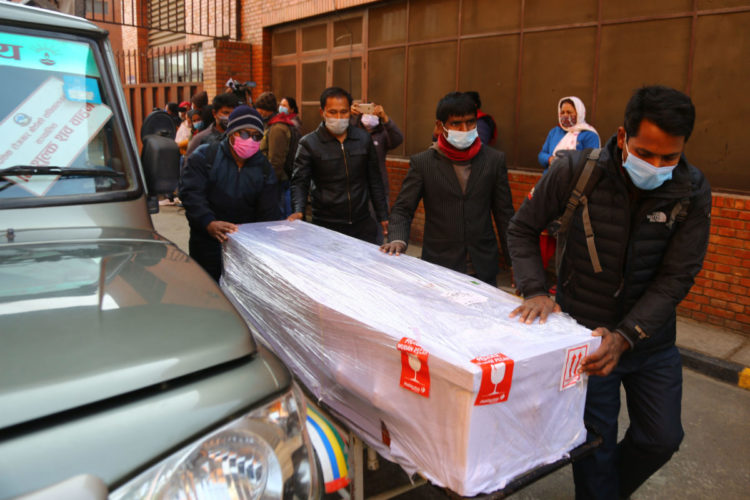 Kathmandu: Twenty-four dead bodies of Nepali migrant workers have been brought from Malaysia. The bodies were airlifted on a wide body plane of Nepal Airlines Corporation (NAC).

The NAC’s A330 aircraft picked up 24 bodies and remains of three from Kuala Lumpur. According NAC Operations Department, the bodies of the Nepalis who reached Malaysia in connection with abroad jobs and died at different times were brought in coordination of the Foreign Employment Promotion Board. The mortal remains were handed to the relatives today.

Meanwhile, the NAC will be sending its wide body aircraft to China on Sunday to bring Vero Cell vaccines purchased from the northern neighbour. Lately, the NAC has brought the COVID-19 vaccines via its three flights.