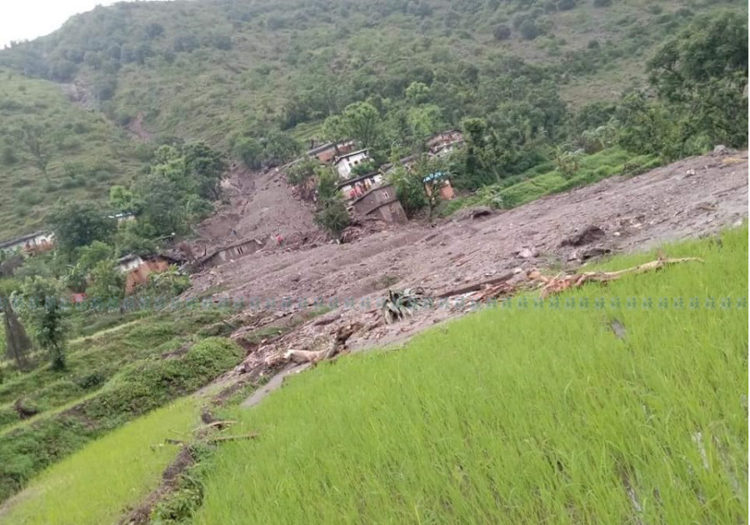 Bajhang, July 4: Seventeen houses were buried in a landside that took place at Mallesi in ward no. 8 of Kedarsyun rural municipality on Friday.

Twenty people have gone missing while 17 houses were washed away by the landslide triggered by heavy rainfall, said local resident Lokendra BK.

Likewise, Chief Administrative Officer of the rural municipality Dhanraj Joshi said that an entire settlement has been caught in the mudslide. A powerhouse has also been buried.

The incident site is some five hours walk from a place called Jhota in the Jaya Prithivi highway. An auxiliary road leading to the place has also been obstructed as a result of the landslide debris.

Meanwhile, Chief District Officer Kamal Raj Bhandari said a preliminary report of landslide has been received but the details of damage are awaited. Nepal Army and Nepal Police units have been sent to the site for rescue and recovery, he said.