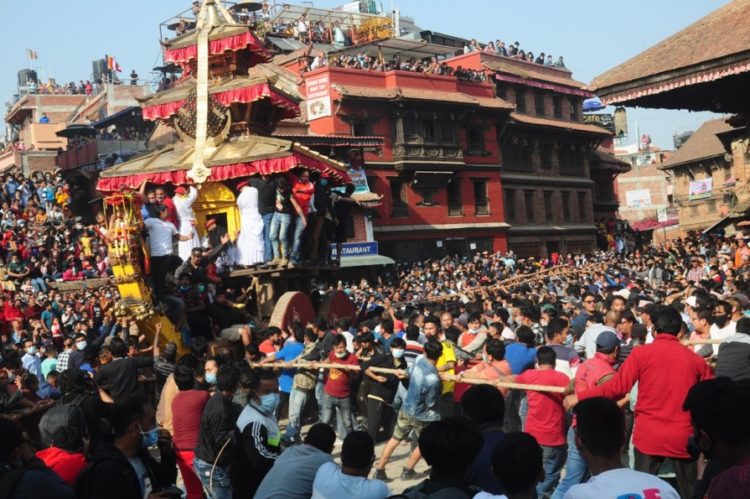 As the chariot had reached Nasman at around 7:00 pm, 79-year-old Krishna Gopal Mulguthi and 26-year-old Dipesh Sangache were injured after coming under the wheels of the chariot, police said.

Likewise, Manish Sintakal,18, Ramesh Mata, Amik Tyayana, Sunil Bhujel were injured while pulling the chariot. They are undergoing treatment in various hospitals in the valley.

At around 1:00 am, clash took place among the groups involved in pulling the chariot. People pelted stones at each other after a dispute over fulfilling the route specified by Bhaktapur municipality.

The chariot pulling resumed this morning and has been taken towards Gahiti.