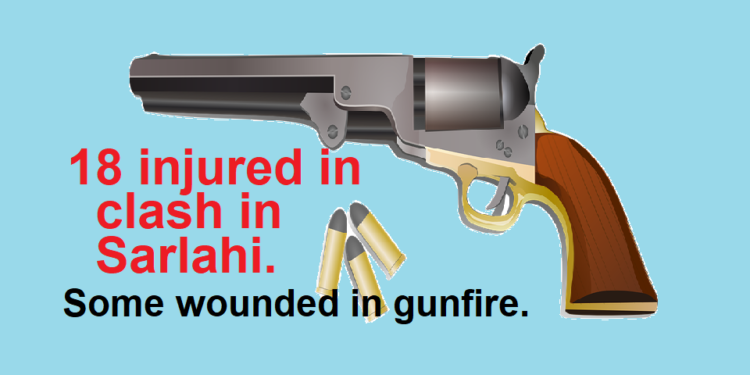 Sarlahi, June 29 : At least 18 cadres of Nepali Congress and Nepal Communist Party have been injured in the clash that took place in Dhankaul rural municipality of Sarlahi district.

A protest rally was called by the NCP’s youth wing over the murder of it’s cadre, Ramjal Rai.  The disrupt took place when the cadres of both the parties met in Dhankaul.

It has been known that some of the cadres have got bullet shot.  Among the injured, 15 are from Nepali Congress and 3 are from NCP.  NCP cadres have blamed that bullets were shot from Congress side.

One person involved in the incident has been arrested by the cops.