17,396 people to get COVID-19 jab in Gandaki Province, jab from Manipal TH, WRH in Pokhara

17,396 people to get COVID-19 jab in Gandaki Province, jab from Manipal TH, WRH in Pokhara 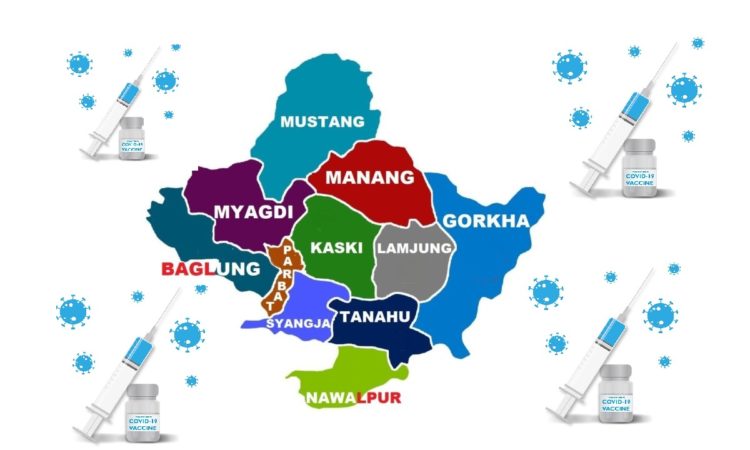 Pokhara, Jan 25 : Covishield vaccine against corona has arrived in Gandaki province. As vaccine provided by India to Nepal arrived in Pokhara on Sunday evening, 17,396 front line health workers, security personnel, sanitation workers and others will be vaccinated against corona in the province.

The vaccine will be distributed to other districts of the province today and will be started from other districts as well, said Dr. Binod Bindu Sharma, director of Gandaki State Health Directorate, Pokhara. The vaccine brought to Pokhara is kept in the cold store of the state health supply management center. According to the directorate, the vaccine will be administered at the government hospital in the district under the direct supervision of a doctor.

Vaccination will be given at the Western Regional Hospital of Pokhara Institute of Health Sciences, Manipal Hospital and Infectious and Communicable Diseases Hospital of the state government in Pokhara, the capital city of Gandaki. Director Sharma said that 10 trainers have been trained in the district for vaccination. He said, “As soon as the covid-vaccine arrives, we are preparing to vaccinate the frontiers in the first phase. We will start delivering the vaccine to the district today. We have prepared the vaccinating manpower by training them.”

The government plans to vaccinate health workers in the first phase and then in the second phase. At present, 40,000 doses of vaccine are said to have been received in Gandaki. The corona vaccine should be given twice to person. Once vaccinated, another dose will be given at one month intervals, the directorate said. It is estimated that 10 percent of the vaccines will be wasted due to several reasons.