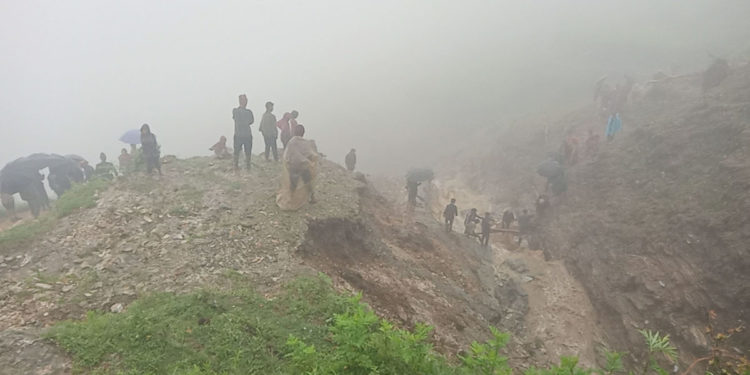 Jajarkot, July 10 : Twelve people have gone missing after landslide swept away a house at Sarki village of Barekot rural municipality-4 in the district.

Deputy Superintendent of Police of Jajarkot, Kishor Shrestha, said that security personnel have been mobilised at the incident site for search and rescue.