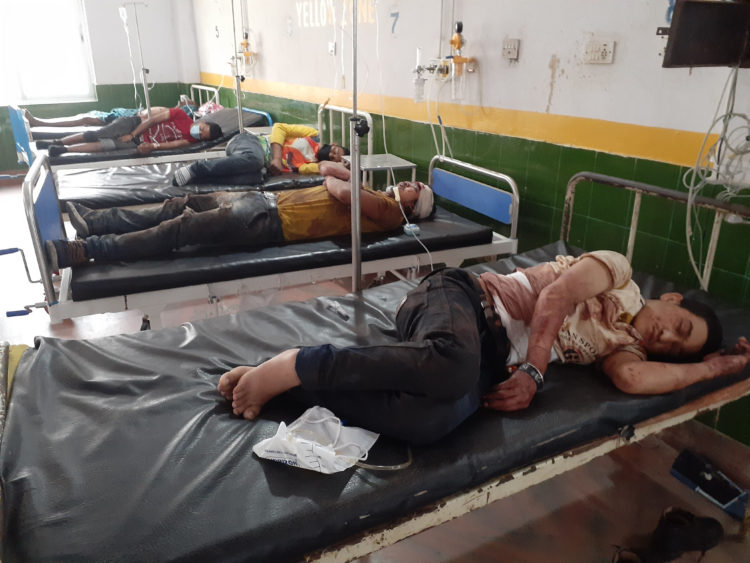 Banke, June 1: Twelve people have died and 21 others have sustained injuries in a road accident occurred last night on the East-West highway at Rapti Sonari rural municipality of Banke district.

A Hiace bus carrying people returned home from India rammed into a stationary truck (Ba 4 Kha 9064) at around 12 on Sunday night resulting in this many casualties, said Bir Bahadur Oli, Superintendent at the District Police Office Banke.

The bus (Na 5 Kha5995) was heading towards Salyan from Nepalgunj.

According to him, 11 people died on the spot while one person died while under treatment at Bheri Hospital Nepalgunj. The bodies of those deceased persons have been kept at Bheri Hospital. Oli said police is in the process of identifying the bodies.