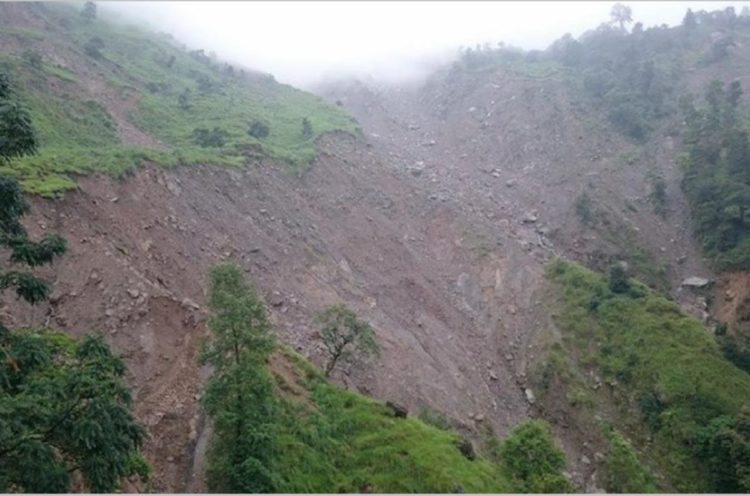 Sankhuwasaba, July 12:  Eleven people gone missing in the landslide at Sisuwakhola of Silichong Rural Municipality -1 in Sankhuwasabha, the district in State-1, have been identified.

Four people were rescued alive by the locals. According to local Hastaman Rai, the rescued are Gowasing Rai, Bhimsari Rai, Phulmayaya Rai and Bheem Bahadur Rai.

It continues to rain in the area.  Meanwhile, Madan Rai, an asthma patient died of a cardiac arrest, Deputy Superintendent of Police Nawaraj Malla said.

Security force has been deputed to the site from Sisuwa and Tamku. The incident site lies in a remote area and is not connected with a road network.

That’s why, it will take time for security forces to reach the site. A separate team of the Nepal Army, Armed Police Force and Nepal Police from the district headquarters Khandbari has already set out for the site and it will take at least 12 hours for the teams to reach the destination.

Further details surrounding the incident are awaited. According to Khandbari-based NA Company, a NA helicopter has been standby at Itahari to take off to the site once the weather becomes clear.

The incident site lies in a one-day walk from Khandbari. The site is not accessible by motor vehicle.